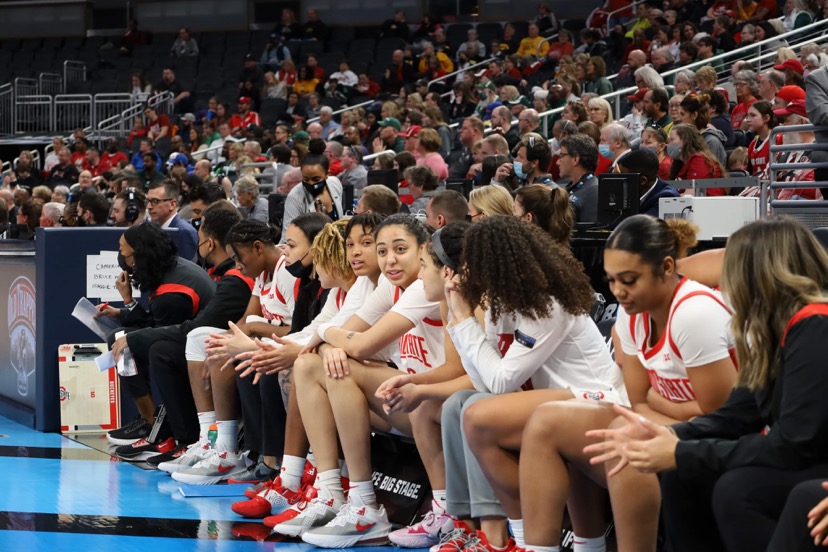 Texas became a champion back in 1986, but Baylor was the last team from the Big 12 conference to win it in 2019, and LSU coach Kim Mulkey was the head coach. Texas and Iowa State are the remaining programs to make it to the sweet sixteen this year. Only Maryland, Ohio State, Michigan, and Indiana still remain from the Big Ten Conference. The conference has had only two championship, but the last one was Maryland in 2006.

Texas and Ohio State have the assets needed to reclaim a championship to their respective conferences and programs. Head Coach Val Shaefer of Texas Longhorns Coach Val Shaefer (2nd year) and Kevin McGuff of Ohio State Buckeyes (8th year) will meet for the first time at 7 pm ET on Friday, March 25, 2021, at the Spokane Arena in Spokane, Washington to decide that in the Sweet 16 battle.

Coach Val Shaefer and the Longhorns are on a 13-game win streak dating back to February 6, trailing only the defending NCAA Champions Standford, owner of 22 straight this season. It will be the team’s 2nd straight sweet sixteen and their 17th appearance in the program’s history. For Ohio State, they will make their 12th appearance and their first one since losing to Notre Dame in 2017.

Before Coaching at Texas, Shaefer was an Associate Coach at Texas A&M from 2003 to 2012, and in his final year with the program, the team won the NCAA Championship in 2011. After leaving Texas A&M, he Led Mississippi State University to the 2018 and 2019 NCAA Championship games, where they were the runner-up.

Texas Coach Val Shaerfer and Ohio State Kevin McGuff will battle it out for the first time for a chance to move on to the Elite eight and face the winner of Maryland and the defending National Champion Stanford also in Spokane on March 27.

“We’re playing against the Big Ten champions, and Buckeyes Coach Kevin McGuff has a good team. He’s a terrific coach, but I’ve never coached against him. They command so much attention at every spot on the floor,” Texas Coach Shaefer said.

The game will come down to who can protect their rims defensively because based on the latest Division 1 NCAA Women’s Basketball stats through March 21 games, in scoring defense, Texas ranks #33, allowing 56.5, while Ohio State ranks 216, allowing 65.5 points per game. The Buckeyes have struggled to rebound the ball, but if Rebeka, who leads the team in that category, grabs more than ten rebounds and stays out of foul troubles, it will give them much-needed second-chance points against Texas.

Ohio State coach Kevin McGuff told Sportzkelz Media that rebounding against Texas would be a considerable challenge. Texas is very athletic, physical, and aggressive on the boards. For instance, when we were in Louisiana, I said Ohio State would have to fight on all possessions to get the ball back. On the opposing side, “Ohio State loves to play the full-court press, so does Texas, and our press is just who we are. It’s just what we do. So we may get two or three turnovers off of it, but our deal is to wear you down in the fourth quarter,” Texas Head Coach Vic Shaefer said.

The Buckeyes were 17-1 this season when REBEKA MIKULASIKOVA scored in double figures, and her twelve-point performance against LSU was enormous for the team.

“So both games, Iowa and LSU, I think I helped the team. I hit some good shots, which helped. With the support from my teammates, when they pass me the ball, I believe in myself. I feel like we have great chemistry, so that helps.

OSU players Kateri Poole and Rikki Harris have also emerged as defensive leaders, especially when the team does their full-court press.

“Our mentality is stronger than any other team in the NCAA because we are tough on each other want everybody to succeed. We’re locked in together; nobody can stop us but ourselves. I think we’re good with that. “We know, no matter what, we’ll be good,” Rikki Harris said.