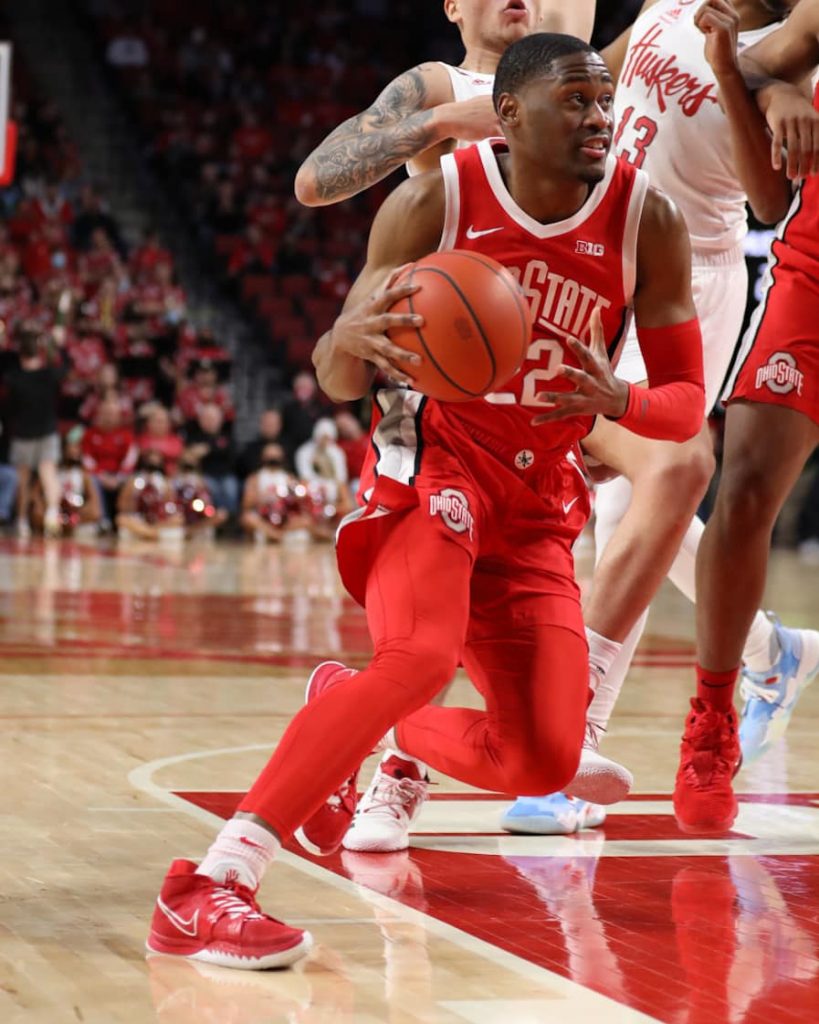 It was the first time the team played after a three-week hiatus because of a covid-19 outbreak on Jan 2, 2022.

After the freshman sensation was off to a solid start, players and coaches kept encouraging him to keep going. “They told me to keep shooting, so that’s what I did,” Branham said. He went 13 for 19 from the field while shooting 6 out of 10 from beyond the arc.

Ohio State had 16 turnovers and struggled both offensively and defensively throughout the game. Cornhuskers gave the Buckeyes a good fight for the first and second half because of those mistakes despite losing a heartbreaker. In the first half, the Buckeyes led 34-32, but Nebraska stormed back, taking 40-38 to send the game into overtime in the second half.

In overtime, J. Wheeler and Branham took over for Ohio State, helping the team end the game with a 15-7 effort. The Buckeyes remain 3-0 in conference play and 9-2 overall.

Derrick Walker was one of three players who scored in double figures for the Cornhuskers. He finished the game scoring 15 points and grabbing ten rebounds. The loss dropped the team to 6-8 and 0-3 in the conference play.

“If we play that type of physicality every night we step on the floor in this league, we are going to have a chance,” third-coach Fred Hoeiberg said.

By Michael Moore In the last 150 years of college football only five times has the National Cha ...

By Okon Ekpenyong At the Value City Arena in Columbus, Ohio, the Ohio State Women’s Bucke ...

Joe Burrow brings a winning culture to the Bengals