The New Americans magazine is a general interest publication designed to promote and project activities, events and programs of Americans. 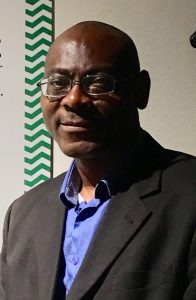 From the base in Columbus, Ohio, the daily online publication is complemented with a monthly print version that is circulated through subscription and free distribution.

The New Americans magazine hosts an Annual American Awards to recognize individuals and organizations that are contributing to growth, development and integration in the new American community.

The Publisher/Editor-In-Chief of the magazine, Deba Uwadiae is also the author of the book, “The Immigrant on Columbus Way: Notes on Early Life in America and Citizenship” (2014, revised in 2017).