Children often aspire to become a doctor or a lawyer. So it was no surprise when Feyi Tolani chose to pursue a law degree.  However, after five unsuccessful admission attempts in five years, Feyi’s mother, a nurse, encouraged her to pursue a career in nursing. Submitting her application near closing, she was chosen as one of the twenty-one students admitted.  Her class was one of the smallest cohorts ever admitted to the nursing school in Nigeria, West Africa. In an interview with Deba Uwadiae, New Americans magazine, Feyi described how being admitted into nursing school completely changed the course of her life.  She fell in love with both the school and the nursing profession.  Unexpectedly, she also met her future husband, a medical doctor, Olugbenga Tolani.   Together they conceived the dream of ‘Felbry’ as a future business name.  Today, Felbry has grown into a College of Nursing in Columbus, Ohio.  Looking back over the last ten years, Feyi draws on her faith attributing the success of Felbry College to God for shaping and guiding the events that brought the school to life on a continent over 5,700 miles away from where the idea was first conceived. 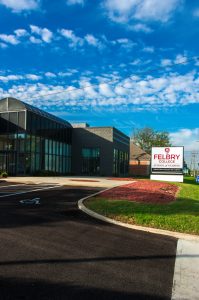 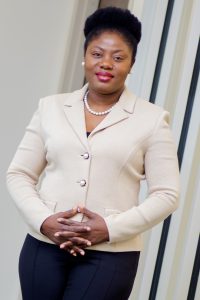 When I started nursing school, I loved it instantly because it allowed me to express myself as a person having sympathy, love and empathy for people.  I always want to be there for people.  Attending the school provided me with a strong foundation to begin my career as a professional nurse.   After about six months, I met my future husband, Olugbenga Tolani.  It was a love that was fated to be.  Even though nursing was not my original plan, I thank God every day that I decided to enroll in nursing school when I did.

After graduation, I practiced as a nurse for about eight years in Nigeria before coming to the United States in 2000.  With plans to continue my nursing career, I scheduled to take the National Council Licensure Examination/ Registered Nurse (NCLEX/RN) test.  By the glory of God, I passed within two months of arriving in the United States. I accepted a position at a local hospital in New York and worked as a primary care nurse before moving to Ohio in 2004.

One day, while my husband and I were still dating, we talked about the possibility of starting a business at some point in the future.  Discussion of a business name ensued and combining parts of each of our names, the name Felbry was conceived.  At that time, however, we didn’t have any thought on the type of business and a school was not in even remotely in our thoughts.

The idea to start a State Tested Nurse’s Aide (STNA) certificate program came sometime in August of 2006 while I was working as a nurse.  I saw poor care being delivered and realized that the caregivers had never been properly taught.  Working and re-training the aides on my unit, I came to the realization that training could be done better. I decided to attend a Train the Trainer program with the intention of starting my own STNA program.  I envisioned having small classes of students that could be trained to provide care properly and they would share their knowledge with others upon returning to the community.

I contacted the Columbus State Community College to enroll in the Train the Trainer program. On the first day of the classes, I found myself questioning whether or not to continue but after receiving encouragement from my husband I decided to persevere and I completed the course in September 2006. 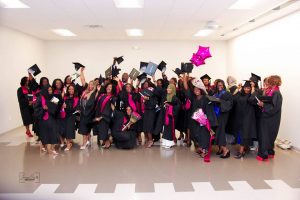 In November of 2006, while working on the business plan for my STNA program, I received a call on my direct line at my husband’s medical practice.  At the time, I thought it was odd, as my husband was typically the only one that ever called that number directly. I answered the call and spoke with an individual that said he had an STNA training school for sale and asked if I would be interested in purchasing it.   Initially I was not enthusiastic about the idea, but he was persistent and called several times.  One day in November 2006, he invited me to come see the place to see if it was something I would want to buy.  Upon seeing the school on Morse Road, my husband and I decided to take the leap.  On February 1, 2007 we finalized the purchase and assumed ownership. Little did we know about what was ahead!

“I remember one of the board members asking “Who are these people? Where are they from?  Are they a big company or part of an organization?”  Even though we were small, new, and unknown, we had met all the criteria specified by the board and on July 16, 2008, we obtained official approval for the Practical Nursing Program.”

After the purchase was finalized, I became aware that the school had initially applied to the Ohio Board of Nursing (OBN) to start a Practical Nurse (PN) program in 2003. I contacted the board to resume the application process. The STNA program ran for two months before we decided to move the office and focus on obtaining the PN program approval.  In May of 2007, an official Letter of Intent was submitted to the OBN.  Despite our best efforts, our proposal was rejected time and time again.  We quickly realized that additional help would be needed to be successful.  We hired a program administrator to help us obtain approval. 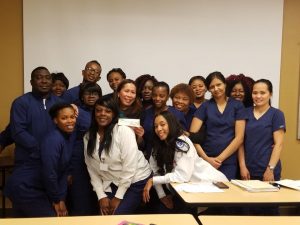 In the Spring of 2008, I asked the program administrator for the draft proposal.  I took it home that evening and went through each page with my husband.  We worked on it through the night. I believe God reached out to give us insight into making the necessary revisions. It took us about two weeks to work on it and get it resubmitted. Three days after submission, we received communication that the proposal had been accepted and would be reviewed at the next Ohio Board of Nursing meeting.  I remember one of the board members asking “Who are these people? Where are they from?  Are they a big company or part of an organization?”  Even though we were small, new, and unknown, we had met all the criteria specified by the board and on July 16, 2008, we obtained official approval for the Practical Nursing Program.  Since receiving approval for the PN program, we applied and received approval and accreditation for our LPN to RN Bridge Program and our Associate of Applied Science in Nursing Program.  Felbry offers both day and evening classes for the convenience of our students.

In October 2007, we opened a new, larger, office on Polaris Parkway.  The 6,600 square feet office would eventually become the nursing school.   The initial cost for staff, furniture, computers, supplies and other equipment was substantial, but we invested all that we had because we believed it was the will of the Lord.  Looking back, we are so very glad that we took that step of faith.

After receiving approval for the program, we learned that as a new school, our students would not be able to participate in financial aid.  The students would have to pay for the school with their own money with no access to financial aid, grants, or loans until the school received approval from the Federal Department of Education to apply for Title IV Funding. The entire process was complex and demanding.  Eligibility requirements for Title IV funding included National Accreditation and the school needed to be open for a minimum of two years before we could even apply for Accreditation.  We learned that the application process would take a minimum of two years and the Department of Education Title IV approval process could take an additional two years.   After all was done, it took us about seven years to finally obtain approval from the Federal Department of Education for Title IV funding. We were blessed with formal approval in August 2015.  Our students were now able to apply for federal loans and grants.

“Felbry College is committed to imparting the Art of Caring into every student that we are privileged to meet.”

With much interest and many inquiries about our school we were excited to start our first class with 20 students in September 2008.  We learned a lot about educating nursing students throughout the first year and were proud to celebrate the success of twelve students at our first graduation.  We currently have about 200 students enrolled in our programs. Since our start, we have graduated hundreds of students.  Many have chosen to continue their education here at Felbry College and nearly all are actively working as nurses in the community.

Felbry College is committed to imparting the Art of Caring into every student that we are privileged to meet.  Regardless of their initial motivation to join the nursing profession, we strive to ensure that every Felbry student graduates with the knowledge, skills, and attitude necessary for making a difference in the lives of each patient they care for. We believe that nursing is more than just a profession, it is a calling. We believe that quality nursing care is delivered with compassion, empathy, and kindness. As the Felbry Family, our administrators, staff, and faculty seek to Impart the Art of Caring by demonstrating these behaviors every day in all that we do.

Collectively, the team of Felbry faculty brings decades of nursing experience to life in the classrooms, labs, and clinical settings.  Through active learning and student-centered approaches, faculty provide opportunities for students to apply knowledge and practical skills necessary for successful transition into practice.   Our instructors support students throughout their learning process.   Our curriculum is developed, revised, and implemented by trained and qualified faculty that are dedicated to the success of our students.   Staff members support students through the admissions, financial aid, and academic processes.

Felbry’s commitment to students does not stop at graduation.  Faculty and Staff continue to support our graduates and monitor their progress through the licensure examination and employment process.  We are proud of our students and the continued improvements demonstrated by each graduating class.

Today, Felbry College School of Nursing offers three nursing programs, Practical Nursing, RN Bridge Program, and the Associate of Applied Science program.  We have approval from the Ohio Board of Nursing (OBN); Ohio State Board of Career Colleges (OSBCC), Accrediting Council of Independent Colleges and Schools (ACICS), Accrediting Bureau of Health Education Schools (ABHES); US Department of Veterans Affairs, and the Federal Department of Education. We continue to make improvements to our building, our curriculum, and our processes.  We have partnered with the Asian and Hispanic communities and have expanded into surrounding communities through volunteer activities as well as new marketing efforts via radio, print, and television advertisements.  We are currently seeking programmatic accreditation and plan on offering an RN-BSN Program in 2019.

I would like to express my sincere and heartfelt gratitude to each member of the Felbry Family over the past ten years for all the hard work and efforts made toward the growth and development of Felbry College.  I would also like to thank God for his guidance, support, and mercy.  I thank him for the desire to help others and for the opportunity to do his work through my hands. I pray for his continued grace as we move into the future..

City of Columbus Mayor Andrew Ginther has commended the city residents for stepping up in comba ...

6 Responses to “Feyi Tolani: An Advocate-In-Nursing”