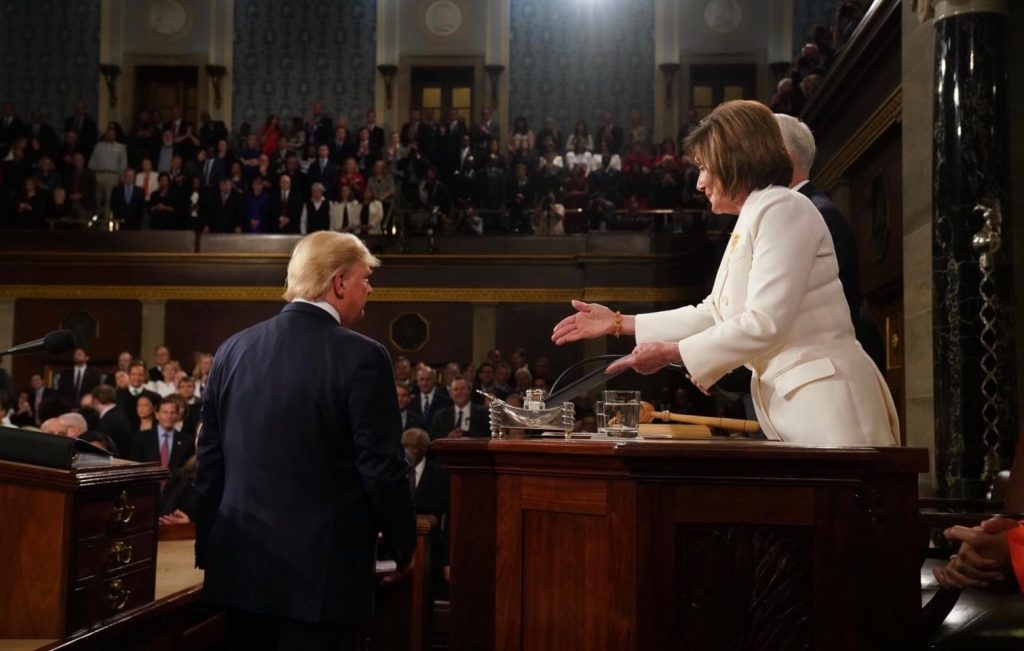 He doesn’t deserve an honorable discharge for inciting an insurrection

We watched in horror on January 6, 2021, as angry Trump supporters stormed the Capitol to stop Congress from certifying Joe Biden’s Electoral College victory. They armed themselves with guns, sledgehammers, cuffs, zip ties, pipe bombs, Molotov cocktails, and other weapons of destruction. They were egged on by a recalcitrant President Trump who has continually lied to them since November that Democrats stole the election from him.

It was an insurrection without precedent. For the first time in American history, a group of domestic terrorists led by a sitting president breached the Capitol and sent senators and congressmen and women scrambling for safety, hiding and ducking under desks.

While members of Congress were praying for salvation from the terror unleashed by the Capitol-ransacking mob, President Trump, the master of mayhem and leader of the coup, was delighted by the sight of the pandemonium.

Eventually, the mob dispersed after wreaking indelible havoc. Five people died in the attack, including a law enforcement officer. It was a day of mobbing, mayhem, and murder.

Congress returned later in the evening to certify the results of the presidential election and Biden’s victory. But the coup had already succeeded. The mob had irreparably harmed America’s idea of democracy. American democracy had been structurally and mentally fractured.

A coup succeeds even when the plotters do not gain power. In this instance, the coup was successful because the insurrectionists brought Congress to a halt with force and eroded American’s faith in their government. The coup succeeded because it defaced American democracy and exposed the weakness in the Capitol’s security to the world, including our enemies. It equalized the leader of the free world with the rest of the world, with countries where election violence and coups are the norms. It was both a national and international embarrassment.

Since the coup succeeded to some extent, by destroying the myth of America’s political exceptionalism and invincibility, it could inspire future plots and attacks. The terrorists have tasted blood and discovered its exhilarating sweetness like a lion with its first kill. They have found a high they didn’t know existed before; it is a matter of time before they strike again. The difference is that they will be better organized and will target statehouses and other citadels of power. The only way to prevent copycat attacks by future sore losers and domestic terrorists is to hold the perpetrators accountable, starting with the leader, President Trump.

You cannot play nice with coup plotters and dictators. President Trump is both. He has been able to cause so much havoc on American democracy because the Republican Party indulged his excesses. The party enabled Trump’s corruption, criminality, lack of respect for the rule of law, and blatant disregard for democratic norms. The party consistently refused to hold him accountable for his transgressions, regardless of damages inflicted on his victims and the republic. The lack of accountability inspired the January 6th insurrection, which caused the death of 5 Americans and the destruction of properties that would cause millions to fix.

The only way to stop Trump from planning future attacks on the republic is to hold him accountable by impeaching him, removing him from office, banning him from politics, and prosecuting him after leaving office. Although, Senator McConnell has indicated that the Senate would not commence a trial before January 19. Hence, Trump’s removal from office before the end of his term by impeachment is not feasible. Nevertheless, he should be banned from running for political office in the future.

America Must Set an Example

After this insurrection, America must draw a line, just as the allied did after defeating Hitler’s army. We must set an example such that it will dissuade future aspiring insurrectionists from doing the same. We must send a clear message that we will not tolerate political violence, insurrection, and coups.

Penalizing Trump will show the world that America survived its would-be dictator. It will reveal America’s democratic institution’s strength, that it is bigger and stronger than a personality, regardless of the personality’s popularity.

America Must Redeem its Image

Impeaching and prosecuting Trump will refurbish America’s image as a democratic nation. It will show the international community that America can self-regulate and redeem itself from the cliff of political violence. It will become a celebration of the triumph of the rule of law over tyranny and anarchy.

Insurrection is not Politics as Usual

Trump disregarded tradition at every turn; he should also not be accorded the respect traditionally accorded to former presidents. He violated his oaths of office and sought to topple a democratic government by inciting a mob to destabilize Congress. By his actions, he has gone beyond playing politics as usual. Trump has led a group to violate the sacred rule guiding the ritual battle of democracy. The rule is that the loser gracefully concedes to allow continuity of governance, even if the loser was unhappy with the results.

Trump did not promise a peaceful transition of power and has kept his words by inciting an insurrection. As such, he has lost his rights to a peaceful and honorable transition to civilian life. America must return the favor and give him an ignoble exit.

Trump is Dangerous to Democracy

Trump is currently very dangerous because he has backed himself into a corner. He has lost his voice because Twitter has taken away his megaphone of mass destruction. Facebook and Instagram and other platforms have also banned him, preventing him from disseminating propaganda that could incite more violence. An angry Trump can still do significant harm to a country that denied him a second term. He still has access to the nuclear codes and controls the military. Every single day he is still in power is a danger to America and the world. Authoritarians like him would burn down the whole system than submit to it. He must be impeached and removed immediately to prevent further destruction.

Trump is a Repeat Offender

He is a recidivist, a repeat offender without redeeming qualities. He was impeached in 2020 for his attempt to corrupt the democratic process when he sought assistance from a foreign power to tank his political opponent’s presidential ambition. He escaped punishment because Congressional and Senate Republicans looked the other way and gave him free passes to abuse his power with impunity.

Trump gloriously took advantage of the new expansion of his presidential power that Senate Republicans granted him by the acquittal. He politicized the Justice Department and normalized corruption. He persecuted whistleblowers, who exposed his corruption. He obstructed justice at every turn and pardoned his co-conspirators who refused to cooperate with investigators. He attacked the electoral process by destroying mailboxes. He spread misinformation about mail-in-ballots and actively sought to overturn an election he lost.

He is undeserving of leniency because of his recidivism

Trump is a pathological liar whose lies have caused the death of thousands of Americans. He downplayed the seriousness of the coronavirus to the public, causing millions to doubt the efficacy of social distancing and wearing masks to prevent its spread. This lie resulted in the explosion of coronavirus infections in the United States, making it the leading nation globally and caused the deaths of over 330,000 Americans and counting. Trump’s relentless prevarications have led to fatalities. He lied about Covid 19, and people died. He lied about losing the election, and people died.

The country cannot heal from this deep wound unless the perpetrators of the violence and their leaders are held accountable. There cannot be healing without accountability. America must hold responsible President Trump and his cohorts, who incited an insurrection. They must face the consequences of their destructive words and actions. Otherwise, we are doomed to experience a repeat of the same tragedy.

(Emmanuel Olawale, Attorney, Podcaster, Author of “Flavor of Favor: Quest for the American Dream.” He can be reached at info@olawalelaw.com)

One Response to “Why Trump Must be Impeached Again”