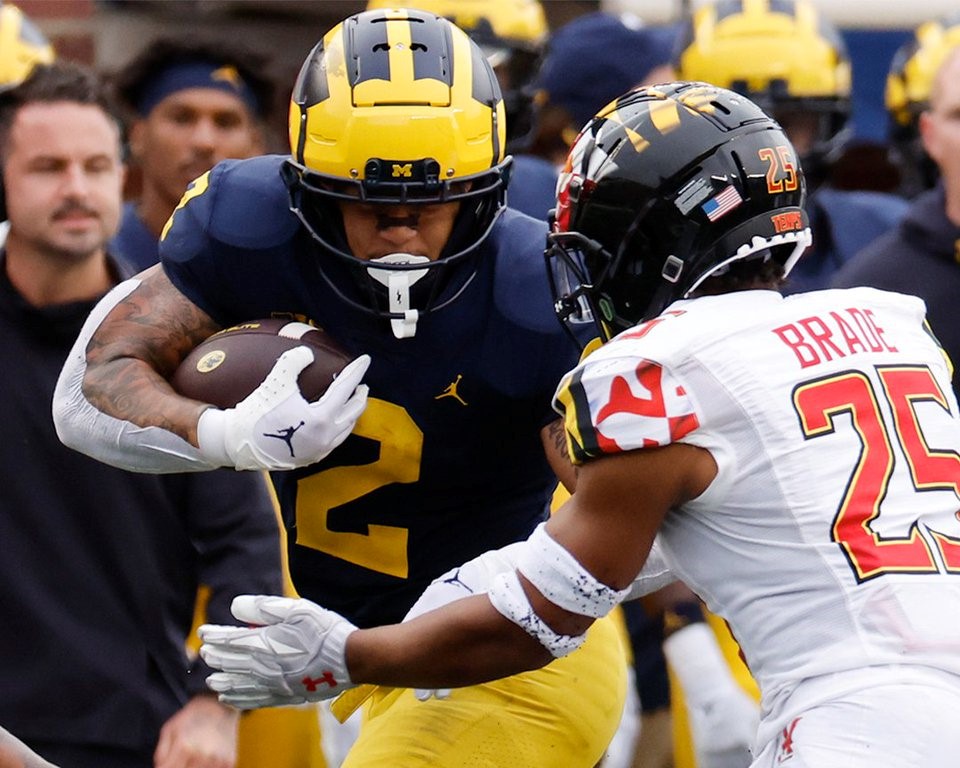 It was a weekend full of spectacular moments and scenes throughout the landscape of college football. Starting the week seven day off in Ann Arbor, Michigan, a top 10 match between the number five ranked Michigan Wolverines vs. the 10th-ranked Penn State Nifty Lions.

With both teams going into this matchup undefeated, this was a statement game to see who would rise above and become the big dog in the Big 10 east division. In the first half, the Wolverines want to come out of the gate and show their physical dominance in the run game, being able to march downfield and enter Penn State’s red zone four times.

It showed that the ground game was vital; they were not successful the first few times, only coming away with field goals, but it sent the message and clinched for Michigan that their game plan would work. Following an explosive 62-yard run by Penn states QB Sean Clifford, followed by Penn State’s running back, Kaytron Allen, punching it in for the score. The Nifty Lions take the momentum along with J.J. McCarthy throwing a pick-six Penn State goes up 14-13, then Michigan kicks another field goal to end the half 14-16.

Once Michigan came out of the locker room entering the second half, they never looked back. Both running backs reeled off back-to-back 60-plus yard runs, Donovan Edwards having a 67, and Blake Corum 61 yarder sealed the deal. Edwards finished that day with 16 CAR 173 YDS, 2 TDs Corum, a Heisman contender, spent the day with 28 CAR 166 YDS, 2 TDs.

Traveling down to Knoxville, Tennessee, you had another barnburner of a top ten match up with the third-ranked Alabama Crimson Tide Vs. the sixth-ranked Tennessee Volunteers. Coming back from a shoulder injury, Bryce Young showed that he didn’t miss a beat, and he is still making his case to win back-to-back Heisman trophies.

Going for 35/52, 455 YDS, and 2 TDs, you would have thought Alabama did their thing and rolled on through, but Hendon Hooker had something to say about that, along with some key defensive stands from the Vols defense. Hooker went for 21/ 30, 385 YDS,5 TDs, and 1 INT leading Tennessee downfield. He had two clutch passes, one to Ramel Keytron, then the other to Bru McCoy, to get them down to Alabama’s 27-yard line to set up the game-winning Field goal.

Ole rocky top snaps a 16-year drought of not beating Alabama, and you can imagine the uproar that went on the rest of that night. Sealing the deal with a 40-yard kick, Chase McGarth puts the fork in the crimson tide with time expired. The final score was 52-49.