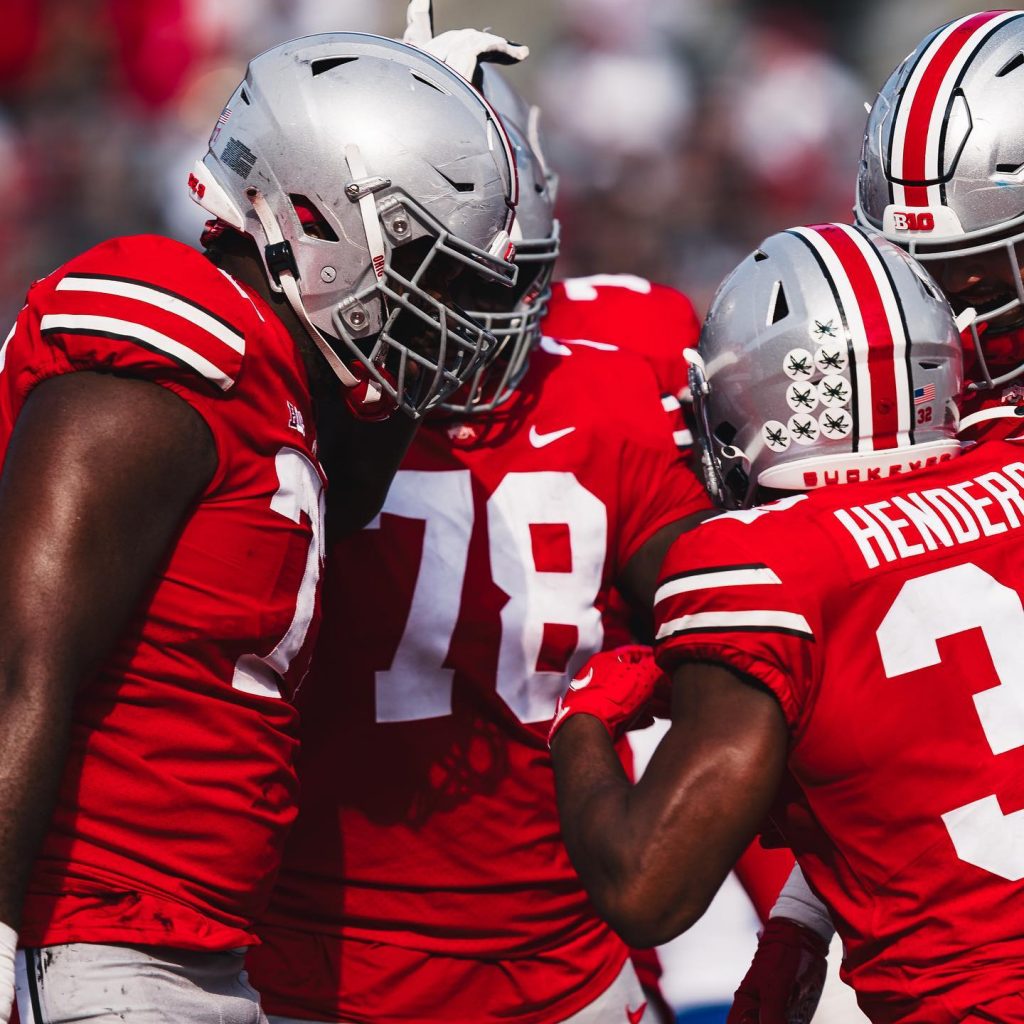 Starting week three, the 9th ranked Ohio State Buckeyes played host to Tulsa. Coming into this game the Buckeyes had questions about the defense side of the ball with safety, Josh Proctor, being done for the rest of the season with a torn ACL.

The defensive coordinator, Kerry Coombs, was placed in the booth and handling play calling duties over to Matt Barnes. These actions taking place still caused the Buckeyes to show signs of struggling, but pure talent was the saving grace for Ohio State.

Although they did beat Tulsa with a 41-20 win, the Golden Hurricanes didn’t go down easily. It was still a close game up until the 3rd quarter, the Buckeyes road, Treveyon Henderson, coat tail to victory with his 24CAR, 277YDS, 3 TD’s. CJ Stroud went for 15-25 185YDS, 1TD, 1INT, a good game for the young man’s third start and he is still trying to slow the game down and get his footing.

There are reports that CJ Stroud will be held out of Saturday’s game due to a shoulder injury that he may have suffered during the Oregon loss. Ryan Day has not come out with who will be the starter yet, but he did say CJ Stroud could come in emergency situations.

Taking a trip down to Gainesville, Florida where number one, Alabama took on the 11th ranked Florida Gators. Alabama won 31-29 with having control and the lead through the first half 21-3 but did not capitalize on the momentum swig.

Then the Gators climbed their way back with the Gators led by QB Emory Jones 18-28, 195YDS, 1INT. His numbers might not be eye popping but watching the game he overcame the adversity of being down on the score board to the home crowd booing him for his performance. They didn’t have enough time to win the game and missing a key Field goal that could have changed the game.

The Gators have a lot of positive to take away and for the Alabama Crimson Tide they still showed they are the team to beat in the nation but there might be a little chink in the Armor.

To cap the night is a White Out up in Happy Valley, Pennsylvania, with the 10th ranked Penn State Nittany Lions and the 22nd ranked Aruban Tigers. The atmosphere was crazy, there hasn’t been a white out since 2019, so fans and players were ready, and they didn’t disappoint.

Penn State won 28-20, a close game but left with making a huge statement, making their case as one of the top teams to be in the running to head to Indianapolis for the Big 10 championship this year. Where reports and the outside world needs to pump their breaks is saying that Penn State could finish in the top three in the Southern Conference, SEC.