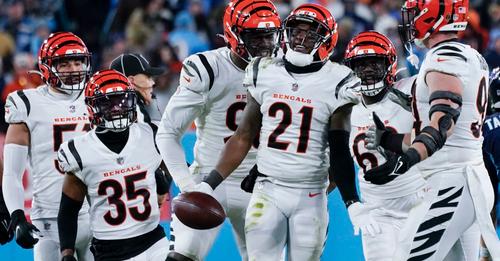 Football is life, but you’ve got to mix it up with good food, die-hard fans, and a cold drink for the night to be complete. No one tailgates better before a football game than fans that want to win the most. So, to give the fans what they want, The Bengals are going to the AFC Championship game after defeating Tennessee Titans 19-16.

In the NFC Divisional game, Green Bay Packers also lost to San Franciso 49ers on a field goal kick. That’s why it is important to remember that every point matters, and it is every player’s dream of making a critical play to help send their team on a victory lap. Cincinnati Bengals kicker Evan McPherson, whose Football is in his blood, understands that. On Saturday, January 22, 2021, the kicker helped the team to their first AFC Championships since 1988 after kicking a game-winning 52-yards field goal to send the Tennessee Titans home.

The Bengals finally found a way to put some pieces together and give the city of Cincinnati, the State of Ohio, and its beloved fans worldwide the hope that miracles can happen on 34th street. That miracle is a 22-year-old placekicker, Evan McPherson, who might be the most hated kicker in the eyes of the Tennessee Titans fans right now.

But they can’t blame the young fellas because Titans had four quarters to prove why they were the #1 team in the AFC. Titans had nine sacks, but they struggled to put points on the board. The Bengal’s offensive line must do better to protect Joe Burrow.

We learned yesterday that young people could make a difference when given the opportunity. For example, the youngest woman to fly solo worldwide using a Shark ultralight plane is a nineteen-year-old Pilot Zara Rutherford from Belgium. On August 18, 2021, Rutherford began her journey, stopped in 41 countries, and visited five continents. Simply wow! The Bengal Head Football Coach, 38 years old, is the youngest franchise.

Meanwhile, 2nd-year Quarterback Joe Burrow is only 25 years old and has already surpassed expectations. Say, it is not so! In his first season, the team went 2-10, but injuries kept him away from the game. However, in his 2nd season, the Bengals will be playing in the AFC Championships game. Say what! It is a reminder that “when a heart wants what it wants, isn’t nothing you can do about it.”

In December of 2021, AFC awarded Evan with Special Teams player of the month after making 9 out of 11 from 50 yards line or more during the regular season. He was also the AFC Special Teams Player of weeks 1 and 11. In today’s game against the Titans, his 38, 45, 54, and 52 yarders helped the team return to the 2022 AFC Championship game.

“We knew what we had as soon as he walked into the building in camp, and we just saw how he carried himself. You know “exactly” how a kicker will perform at that moment. Every kicker can kick through the uprights, but how you handle yourself in the locker room shows us that you have the confidence to go out there and make a kick like this and perform the way he did in a game like this”, QB Joe Burrow commented on Evan McPherson.

After the game, the Bengals Head Coach, Zac Taylor, addresses the players and coaching staff in the locker room. “When you play January Football, all you have to do is find a way to win. You guys all earned this while recognizing that it would not be easy, and next week will not be either, but one game at a time. Today, you guys found a way to win, and I couldn’t be happier to be a part of this locker room”, said the Bengal Head Coach Zac Taylor. The game ball went to the 22-year-old, McPherson, well deserved.