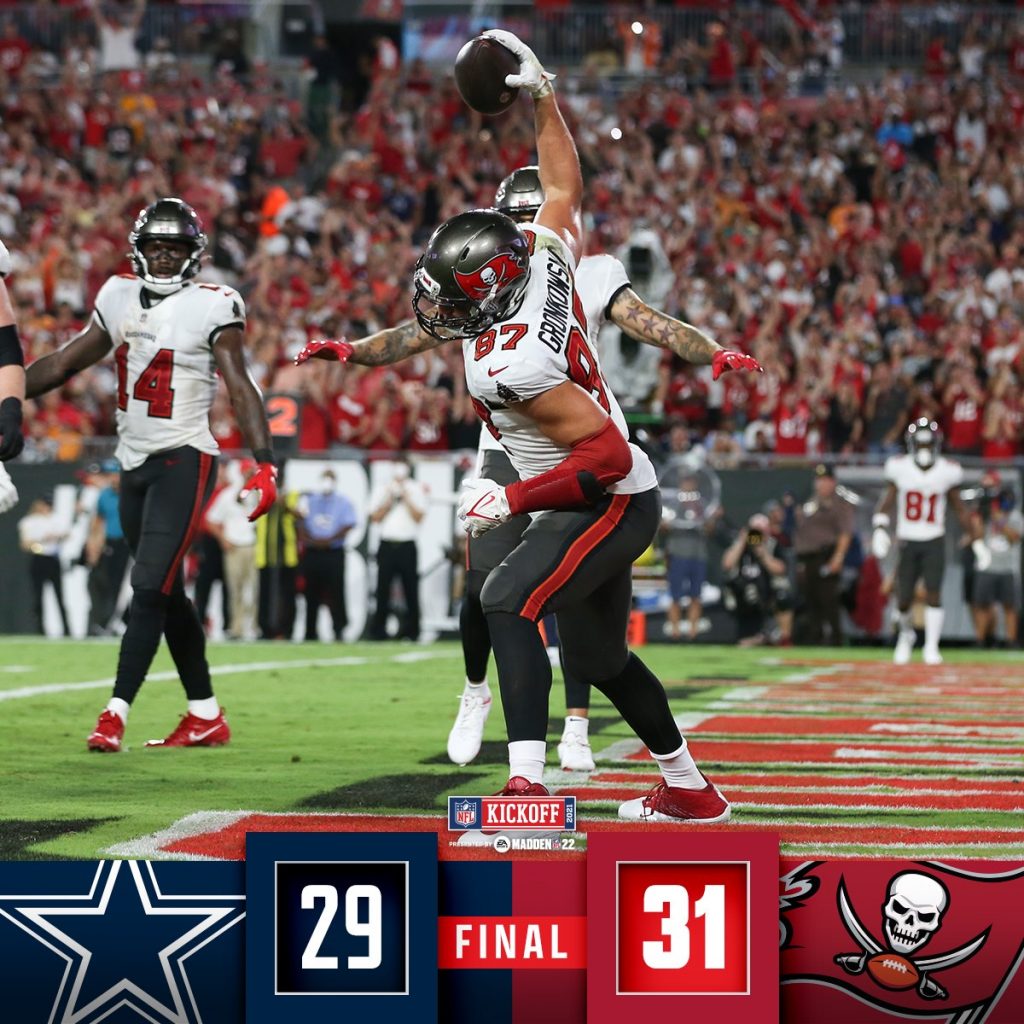 By Michael Moore (with agency reports)

The Tampa Bay Buccaneers confirmed their command of the National Football League, NFL with a distinguished victory of 31 to 29 over the Dallas Cowboys in Raymond James Stadium, Thursday, September 9, 2021.

The Tampa Bay Bucs returned all 22 starters from last season and set their sights on another super bowl ring.

In a preview of the match, we predicted that “at the helm of this attack is seven-time super bowl champion, Tom Brady.”

In Brady’s first year with Tampa Bay, he led the team to a 31-9 victory over the KC Chiefs in Super Bowl LV.

In this same stadium, making Tampa the first team in NFL history to host and win a super bowl in their home stadium, Tampa has arguably the best pass-catching trio of wide receivers in Mike Evans, Chris Godwin, and Antonio Brown.

Mix that up with the physical run styles of Ronald Jones and Leonard Fournette and a top-tier defense; this team seems poised to make another championship run.

Dallas Cowboys look to bounce back from a disappointing 6-10 season last year, which had a lot to do with starting QB Dak Prescott going down with a season-ending compound fracture and dislocation of his right ankle suffered in October against rival NY Giants.