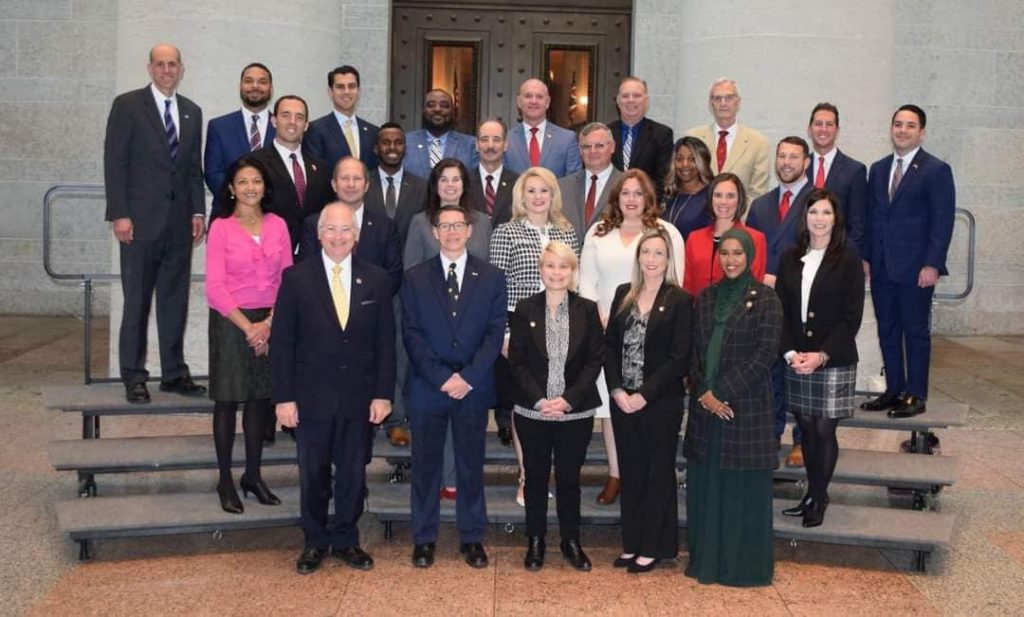 By Tonya Kelly and Okon Ekpenyong

If you were to ask the Franklin County Democratic Party leaders, the Ohio Legislative Black Caucus, Franklin Young Democrats, and a hand full of community leaders not just here in Central Ohio but in Minnesota as well, who Burhan Ahmed is, they would most likely say, “Yeah, I know him.”

Ahmed is the Director of the Center for Somali American Engagement, and he is a man of faith, always puts family first, and believes that when the community comes together, the curse or chain that seems unbreakable will fall.

Thus, State Rep. Ismail Mohamed and Rep. Munira Abdullahi’s historically notable achievements were full of blessings, diversity, multiculturalism, and a new era of change that encompasses the Somali American community in Ohio. So, it’s no wonder the Speakers at the Community Engagement and celebration event honoring both representatives, where Burhan Ahmed was one of the organizers, energized and empowered the Somali and American guests to stand up as Somali Americans.

According to those who worked with Ahmed directly or indirectly on a campaign trail or his professional endeavors, “he is a visionary professional who understands the importance of organizational capacity and growth.”

“He also has extensive experience in public service and public policy with; an emphasis on international health and is culturally sensitive.”

He works with elected officials and policymakers in the local, state, and Federal governments to address public health crises and promote minority-owned businesses. During last year’s Election season, Ahmed helped with fundraising events for those running in the legislative and judicial races. He knocked at every door, not just for State Rep Mohamed and Abdullahi but for every name on the democratic ballots. So, when Rep Mohamed and Abdullahi asked Burhan Ahmed to join their campaign team, they knew they could count on him.

The swearing-in of Rep Mohamed and Abdullahi is a significant step in the significance of Independence, a voice that voting matters.

“In addition to congratulating State Rep Mohamed and Rep Abdullahi on their historic accomplishment, the community spent some time interacting with the elected officials, raising concerns and helping them to maximize their impact to benefit their prospective constituents,” the organizers said.

Burhan Ahmed and Assistant Minority Leader Dontavius Jarrells worked with each other to address issues affecting the Somalian community, not just in Ohio District 25, which has a large Somali community but others.

The November 8th, 2022, midterm elections saw at least eight Somali American women win their elections, including the night’s keynote speaker Minnesota State Rep Hodan Hassan, paving the way for more to run for office. Victories such as these encourage Burhan Ahmed to partner with other New Americans and Americans Candidates striving to make a sustainable future for everyone, regardless of their background.

When not engaged in politics, Ahmed serves as Executive Director of the Somali Health and Education Forum, which helps educate and promote greater cultural awareness within the state and county health agencies about Somali culture and local issues.

lBy Okon Ekpenyong In Central Ohio, the Telugu-American community is steadily growing, and that ...

The City of Columbus will host its annual MLK Day March and Program to celebrate and honor the ...