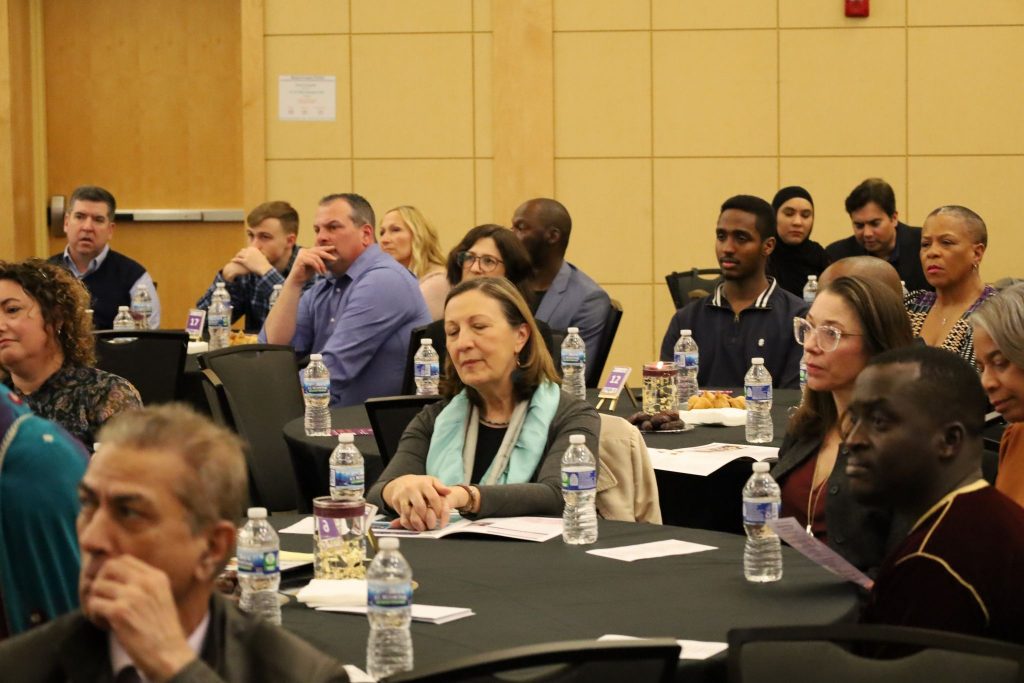 One young man is heading to Oxford University in London, England, to study law in the fall of 2022. Outside of the Dublin Recreation Center, another young man stood beside Siyat Mohammed, the founder of Hilltop Tigers Soccer, part of “My Project USA,” and shared his life story.

The young man is only 15years old and attending the 8th annual interfaith Iftar 2022 is a night he will never forget. His early days almost led him to a few wrong paths, but these days he is a living testimony that when a village raises one of its own, the future is much brighter.

My Project USA starts with one kid at a time, and before you know it, another scholar awaits. For the young man heading to Oxford University, the world’s second-oldest university globally, over 160 Olympians went there, 28 Prime ministers from the U.K., Associate Justice of the United State Supreme Court, Elena Kagan, and former President Bill Clinton to name a few. It gives the village hope that the son they help raise will return to pay forward one day.

That’s the organization’s initiative to empower the youth to help their neighboring community prosper and for them to see that a beginning doesn’t have to be the ending.

I told the young man a story of how my father bought a one-way ticket in an attempt to send me home because I was a knucklehead less than two years after arriving in the U.S. I don’t remember growing up in a two-parent household, and some kids know that storyline too well. It was one of the reasons I often butthead with my father because I didn’t know him. But honestly, seeing my father work so hard to get me to the USA and I was putting him through misery was disappointing.

My relationship with my father changed for the better after my 10th grade English teacher paired me up with another student to work on a project. We became friends upon completing the work, and eventually, he introduced me to some of the after-school programs he knew. The program offered multiple activities, including building a better relationship with one’s parents. I used to joke that parents just don’t understand, but they know more than you think. Such programs now remind me why “My Project USA” is vital, like those that helped shape my adolescent years.

The 8th Annual Interfaith Ramadan Iftar Dinner 2022 took place on Sunday, April 10th, at Dublin Community Recreation Center in Dublin, Ohio. The night celebrated the beauty of diversity with different keynote speakers of various faith, acknowledging the importance of humanity, and reminded all of those who attended that with values; there’s a chance to help build a more robust village.

The event is part of Ramadan, which all Muslims observe worldwide by fasting, praying, reflecting, and coming together as a community. Organizers also had a section where attendees wishing to pray in observance of the Holy Month could, which began on Saturday, April 2nd and will end on Monday, May 2nd.

The 8th Annual Interfaith Ramadan Interfaith Iftar Dinner 2022 was a flashback for me because I remembered my days as a member of the Christian youth organization called “Young Life.” We went on college tours, attended Christian retreats, met the late General Colin Powell, met President Bill Clinton, and got introduced to a world full of many possibilities.

The event was a fundraising effort to continue its mission to empower the youth and help sponsor some of its programs. Those programs include Hilltop Tigers, MY Deah’s Warehouse and Stores, MY reading warriors, Muslims against FGM (saving all the girls), and MY tailored image (suiting for success). MY USA (soup kitchen), MY Pathways (reaching for skies), MY Family Pantry, and under MY wings are other programs that the foundation supports.

Some of the keynote speakers were the Honorable Justice Jennifer Brunner of the Ohio Supreme Court, the honorable Judge Sheryl Munson, serving as the Franklin County Court of Common Pleas & Board Member, and for My Project USA. Minority Leader Allison Russo of Ohio Statehouse, and Zerqa Abid, founder & executive director of My Project USA, to name a few, including several judicial candidates running in this year’s election.

I’ve been to the food pantry to serve the community. I’ve been to the warehouse to help the community with household goods and furniture for their homes. I’ve witnessed these programs expand in the last several years. The programs serve the westside of Columbus in a way that many programs do not. There are hands-on; they work with the youth, and we thank Serqa Abid, the founder of My Project USA, for making lives better on the Westside of Columbus, Ohio.