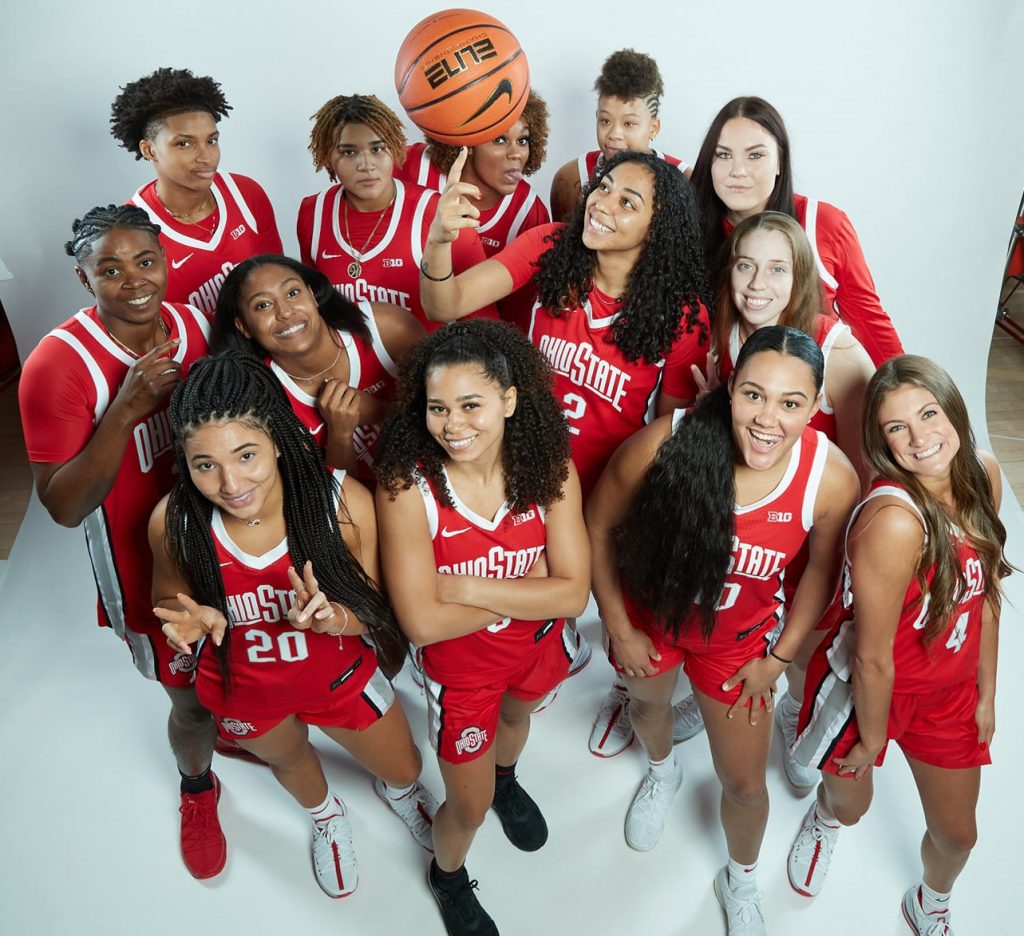 Losing the floor general may or may not necessarily affect the outcome of the rest of the season but it will be challenging, as they are someone that everybody feels comfortable going to or can count on regardless of the weather, and they are always there.

Who will emerge as the leader in the absence of Madison Greene, the team star player who may not play again this season because of an injury, is an interesting question? Greene was a product of Pickerington Central. Critics say that losing her may derail Buckeye’s chances of bouncing back after a disappointed 2020-2021 season of not making the NCAA Tournament because of a post-season ban. However, critical contributions from guard Taylor Mikesell, Jacy Sheldon, and other players may give the buckeyes a fighting chance after their season opener win.

Kevin McGuff is the head coach of the Women’s Basketball team, and he is going on his ninth season. Since losing Madison Greene on November 9, 2021, a day before the season opener against Bucknell, the coach has answered many questions about how the defense and offense will flow now and who will emerge as the leader.

Ohio State did pull away in the second half against Bucknell for their first game, finishing the night with a 71-48 victory. But they had too many turnovers, which Bucknell was able to capitalize and score a few baskets.

Oregon transfer and senior guard, Taylor Mikesell, came up big for the Buckeyes finishing second with total points at 14 for the night. While on the Oregon Bucks team, she had a team-high 92.5% from the foul line, shot 44.4% from the field, and shot 33.3% from the three-point range. With such stats, no wonder Mikesell made 4-8 threes last night and played 29:09 minutes in the game.

“The biggest thing is that we need to work on our defense and offense, but no one is perfect at this point. A win is a win, but we will be ready before our next game on Sunday, November 14, against Norfolk State,” Mikesell said.

The game against Norfolk State will tip off at 2 pm. They will be playing at home Value City Arena in the Schottenstein Center in Columbus, Ohio.

What adjustment on defense will the Buckeyes make?

We have to Guard the ball better; too many bad beats off the dribble are some of the critical things that we have to adjust”, McGuff said. The Buckeyes played better defensively in the second half, after leading only 24-20 to end the first half. Controlling the temper of the game, and avoiding costly turnovers is one of the things that we must work on, Sheldon, Mikesell, and Mcguff all said at the press conference.

Guard Jacy Sheldon is another player that could emerge as the leader this season; she finishes the night with 20 points to lead all scores and goes 7-8 from the field trip line.