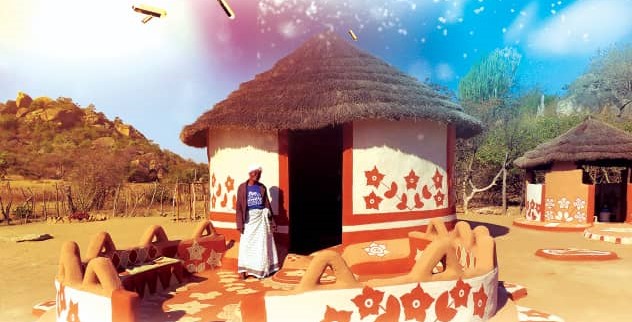 If water is a source of life, having drinkable water is even more critical. The lack of portable water is one of the major causes of diseases in many communities in third-world countries. Many communities, especially rural areas, struggle with this problem in Africa and eventually resort to drinking unclean water that exposes them to water-borne diseases.

One way to execute these projects is that Drill4life sources funding from donor organizations and receives support from the local government in Central Ohio through annual fundraising. In May of 2021, the Drill4life Annual Charity golf outing raised more than $8,000 for the cause. Drill4life Zimbabwean BBQ was one of their most recent events held on September 25th, 2021. In that event, I had the opportunity to speak with a special guest, Ohio State Representative Richard Brown, representing the  district 20 and co-founder of Drill4life, Simba Maswela.

“It is such an incredible organization that does the incredible work of raising money to drill a water well in rural parts of Zimbabwe where they do not have water for drinking or sanitization. People are getting ill, and people are walking for hours and not getting clean water. It is incredibly important to me to contribute financially and morally because of the work that they have done so far.

“They have my full public support because water is not just a necessity. It is a fundamental basic human right, and it is a right that everybody should be entitled to here in the United States and rural Zimbabwe. I have a responsibility to people everywhere, and the idea of helping my district is the same as helping others. So, we try to bring a focus group, and it is not about raising money alone. I am happy to use my position as the State Rep to support what Sim Maswells and “Drill4life” are doing and get the word out, especially for an organization that is doing just an excellent job for a faraway country; needing our help.”

Simba Maswela is the co-founder of “Drill4life” and a prominent entrepreneur around Central Ohio. After meeting co-founder, Stacey Lambright in 2011, providing fresh water to Africa came to light. Starting the vision in Simba’s hometown of Rushinga, Zimbabwe, began the focal point to see if the mission could take off one day. That dream became a reality in 2014, and as of 2021, more than eleven water wells are in the books already.

Simba Maswela: “It is not cheap to drill a well, and there’s a couple of things that make drilling a well expensive: the distance from the city to the village and how deep the well is. Most villagers traveling to get the water have to travel six or seven miles to get dirty water. But having the well, there are at least not moving seven miles to get clean water. And that is very important, and it is something that I did not experience when I was living in the village myself. There are three types of wells; driven, dug, and drilled. The organization does drill wells, and “our cheapest was forty-seven meters deep, and the costliest was ninety-one deep,” Simba said. “Our well had to be dug twice because the original one went dry due to the increased population in the area.

The more people pull from the well, the less water is available, and the water level drops further on the surface. The new well was nearly doubled the dept, for example, 250 left to 425 feet. We paid $6k for the $250 and $13k for the 425 feet,” a Texas homeowner said.

The organization’s board members include Simba Maswela, Dionne Mccathy (also from Zimbabwe), Ann and Dean Kabler, Bret Chavi, Philana Harper, Tyler Collen, and Ashleigh Lemon. Having such unique professionals working in various industries and a diverse group coming together to run Drill4Life proves that it does take a village to raise a child. You don’t have to be from an area to make a difference because everyone deserves the same opportunity to be at their best.

MY Project USA empowering youths to help their community prosper

By Okon Ekpenyong One young man is heading to Oxford University in London, England, to study la ...