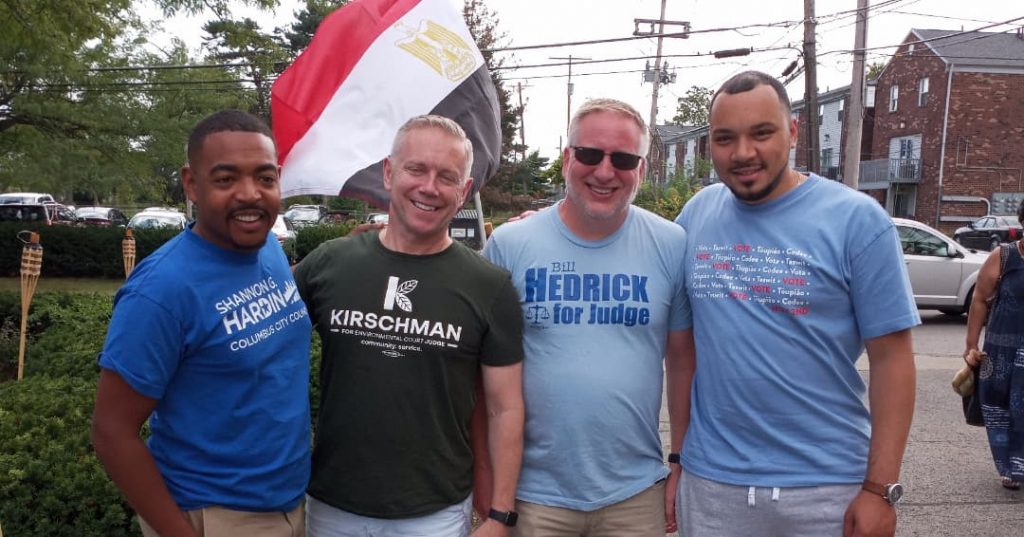 The 48th Annual Greek Festival, the 26th Annual Columbus Egyptian festival, and the 11th annual Macedonian Festival all have one thing in common: it is part of the orthodox Christian family.

All three festivals had to postpone their event last year because of statewide mandates due to the pandemic.

All of the attendees experienced the countries’ cuisine, wine, music, and traditions. Touring and exploring the cathedral or Orthodox Church is highly encouraged when attending such a cultural event because faith plays an incredible role in each of their lives.

Macedonia and Egyptian Festival took place on September 10th through 12th, and Greek Festival, which took place at the Annunciation Greek Orthodox Cathedral, was on September 3rd through September 6th (Labor Day weekend).

“It is vital to tell people about our culture, heritage, and rich ancient history because it helps eliminate any misconception about who we are as an individual and as a society,” Michael Zaky said.

Zaky is the marketing director for the Columbus Egyptian.  In years to come, the festival plans on adding more vendors, perhaps making it more of a block party.

Kirschman is a judicial candidate running in this year’s Franklin County Municipal Court, Environmental Court Division. He also attended the Macedonian Festival and was intrigued by its culture, how welcoming the people were, and, of course, the food.

An individual may notice public servants volunteering and attending the festivities. It is a way to continue the promise during their campaigns or while in office to make Central Ohio a more welcoming community for all its residents regardless of whether they are first or second-generation immigrants. 200 Old Village Rd, Columbus, Ohio, is where the festival took place on the parking lot of the St. Mary’s Coptic Orthodox Church.

At the Macedonian Festival, Tatiana Bozhinovski, one of the event organizers, graciously gave The American Americans Magazine and Apex1 Radio a tour of the dining area, the cathedral and encouraged everybody to come because the festival has a rich history.

Macedonian Festival took place at 400 S Waggoner Rd in Reynoldsburg, Ohio, in the back of the Macedonian Orthodox Cathedral of the Dormition of The Virgin Mary.

Frank LaRose, Ohio Secretary of State, praises the first and second-generation immigrants here in central Ohio along with all of the contributions the prospective communities have made to the state.

A Warrior on the runway At The Table

ByTonya Kelly, MEd It was my 4th year participating in the At The Table Fashion Show luncheon. ...

Central Ohio based nonprofit organization, At The Table will hold its 4th Annual Women’s ...