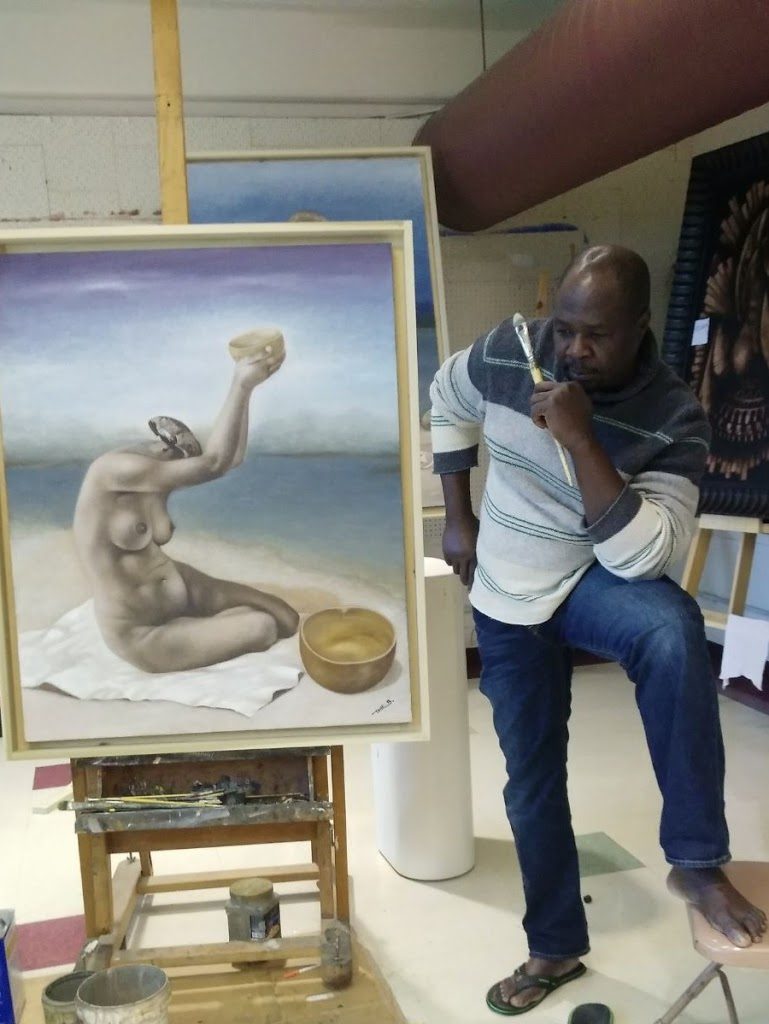 Talle Bamazi, a visual artist and onetime owner of KIACA Gallery on High Street, Columbus, Ohio walked into a bank few months ago for normal transactions. He picked up a pen from the stack to fill out the deposit form. Just as he was filling it out, a thought of using the pen for drawings came to him.
He picked more and left for the Studio on Mt Vernon Avenue, which was where according to him, “I got some ideas, vision and energy, that kept showing a mask. And the question that kept coming was like ‘why do you put a mask on your heart?’ As I started drawing, different images were emerging from what I was supposed to be drawing. When I finished one, another one popped up. In few months I have done about 15 pieces that I would not have been able to do in a life-time. I think this work was spiritually inspired.” 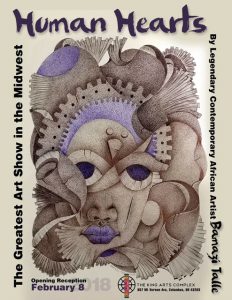 Thursday, February 8, 2018, beginning at 6pm Talle will open his Art Show tagged “Human Heart” at the King Arts Complex, 867 Mt Vernon Avenue, Columbus, Ohio. Originally from Togo, West Africa, Talle came to the United States in 1995 for an Art Show in Philadelphia. He decided to improve on his education by attending the famous New York Academy of Art.
Talle’s appetite for adventurism and dreams led him to Columbus, Ohio with a desire “to meet two of America’s leading Collectors, Wexner and Ron Puzzuti.” He immediately founded Kiaca Gallery in 2004 on High Street when it didn’t have the present high rise buildings. Though, Talle is yet to meet “the two great collectors”, he operated the Gallery for 10years. It served as a meeting point for African and African American artists from America, Europe and Africa.
“We were bringing Africans from Africa, from Europe and other places to showcase their arts.
The public appreciated what we did then. It was new to many people and African immigrants in Columbus were always coming to the gallery, they have their meetings there and they saw it as a place away from home. “
The last two years had been a time of reflection for Talle Bamazi, whose works grace the hall of The King Arts Complex. As the time of taking inventory comes to an end, Talle will be showcasing several art works done with pens picked up from two banks in Columbus in what is expected to awe the arts community in Central Ohio.
Post Views: 2,361
Share!
Tweet