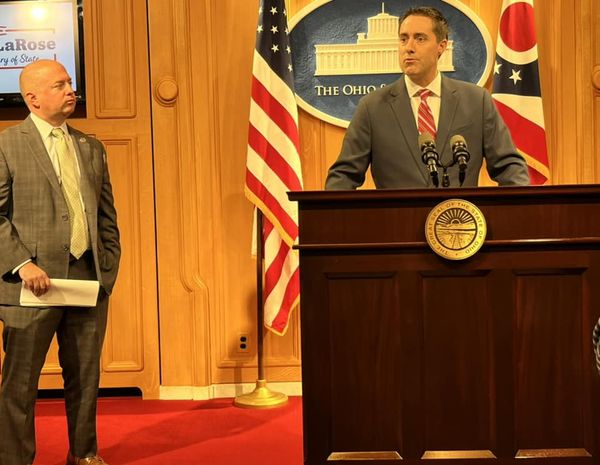 Ohio Secretary of State Frank LaRose has endorsed, in partnership with State Representative Brian Stewart (R-Ashville),  the Ohio Constitution Protection Amendment, said to be designed to help protect the Ohio Constitution from continued abuse by special interests and out-of-state activists.

If passed, “the new amendment would require petition-based amendments to pass with 60% of the vote, instead of a simple majority,” said Secretary Frank LaRose.

Since 2000, 16 petition-based amendments have been proposed, with five passing and 11 failing.

He said that “the Ohio Constitution is supposed to serve as a framework of our state government, not as a tool for special interests.”

“If you have a good idea and feel it deserves to be within the framework of our government, it should require the same standard for passage that we see in both our United States Constitution and here in our own state legislature.

“Requiring a broad consensus majority of at least 60% for passing a petition-based constitutional amendment provides a good-government solution to promote compromise.”

“Instead, because of the ease of amending Ohio’s founding document, the Ohio Constitution has become a tool used by special interests to permanently change our form of government to their liking. The bloat is evidenced in the size of the document itself: the United States Constitution includes 7,591 words while the Ohio Constitution has over 67,000, including topics ranging from the development of casinos to bond consolidation to how people select their health care. In just the past three petition-based amendment campaigns, special interests have spent more than $50 million on media advertising, political consultants, and more to support their passage, failing on two of them.”