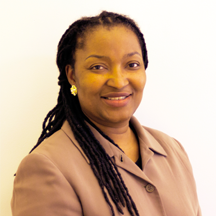 On behalf of the New African Immigrants Commission Board of Commissioners, it is my honor to present this first report on the NAIC and the State of Affairs of Africans in Ohio (https://naic.ohio.gov/Portals/0/NAIC-inaugural-report-2018.pdf). We hereby highlight the conditions and statistics that have not only warranted the existence of the Commission, but also dictate the future direction of work still to be done.

We deeply acknowledge Governor John R. Kasich and the many state legislators who have made the NAIC a reality.

As we acknowledge the visionary leadership that went into the creation of the NAIC, we equally identify the inherent contradictions reflected in its creation, name, functionality, and mandate.

A stuttering beginning and a less than ideal funding structure have all but ensured a faltering start while the populations of Africans in the U.S. and Ohio have steadily grown.

“If the State of Ohio is to harness the economic power of the African immigrant populations, traversing all fields of endeavour, it is imperative that the initial accomplishments of the NAIC are fortified and barriers removed for a fully functioning NAIC, not limited to, as previously stated, fiduciary and personnel manpower issues.”

Thus, while the Africa born population has increased rapidly since 1990, there was no specific state agency to serve this population until the NAIC came into existence. Consequently, as soon as the Commission was empanelled in July 2017, the appointees quickly began to lay the groundwork for a stable structured effort to meet the mandates of ORC 4112.31 [Duties of the New African Immigrants Commission].

In its one year of existence, the Ohio NAIC gathered data from constituents, agencies, and stakeholders, met with legislators, introduced a bill to amend parts of the law and started to create the structures for more intense work in the coming years.

Establishing its physical and virtual presence has been achieved through Listening Tours that have assured that important stakeholders are aware of the NAIC and thereby partly realizing the goal of connecting  constituencies to resources.

Yet, much more needs to be done going forward. Not only has the African immigrant and refugee population in Ohio increased and contributed to small business growth in the state; the growth of black immigrant-origin youth also continues to outpace that of other groups. This population has increased from 9% in first generation, to 8% in second generation, and to 17% with third and higher generations.

It is important to ensure the self-sufficiency of these young African immigrant-origin youth as contributing members of our state community.

African-born residents who are in the highly skilled areas in health, education, engineering and other areas have much to contribute to boost Ohio’s economy. Strengthening and highlighting their contributions is of essence and a key goal of the Commission.

If the State of Ohio is to harness the economic power of the African immigrant populations, traversing all fields of endeavour, it is imperative that the initial accomplishments of the NAIC are fortified and barriers removed for a fully functioning NAIC, not limited to, as previously stated, fiduciary and personnel manpower issues.

On that note, we present snapshots of what this first year has meant, what has been done and what is yet to be done. We are optimistic that Governor Mike DeWine and the State House and Senate leadership will rise up to the occasion of empowering the NAIC to ensure its success for the good of the whole State of Ohio. (Dr Rosaire Ifedi is the chair of the New African Immigrants Commission)