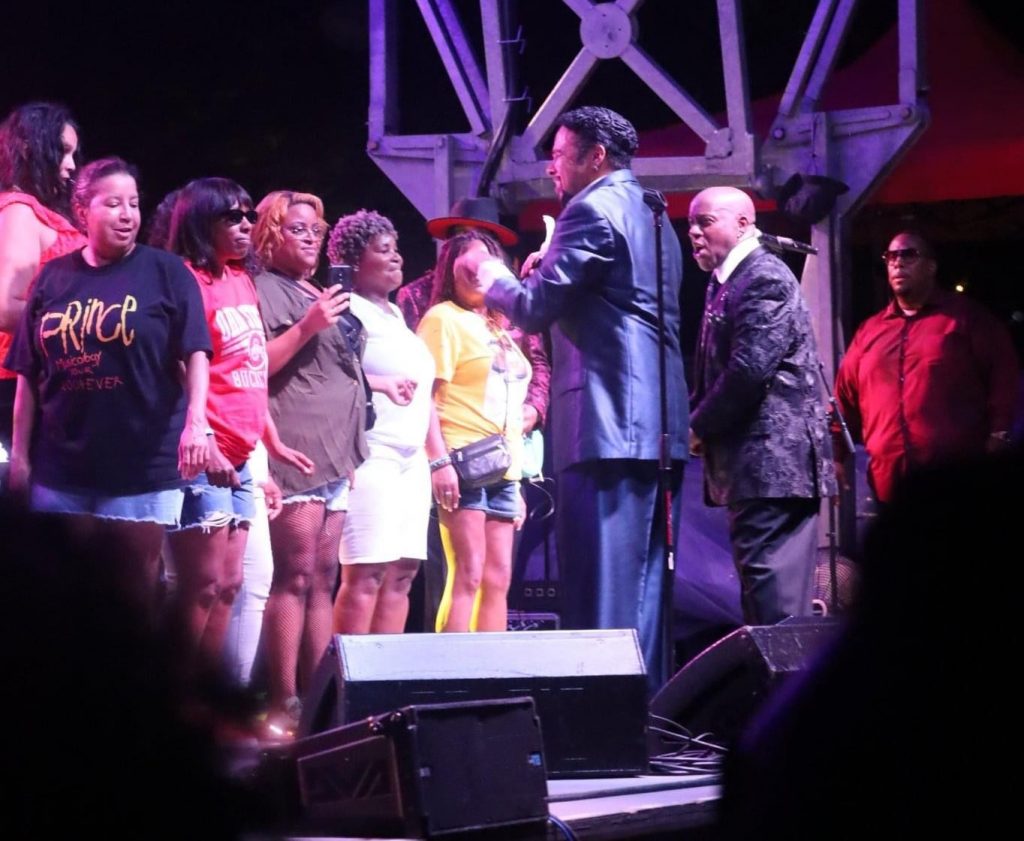 By Okon Ekpenyong and Peach Calhoun

Reynoldsburg is working hard for its constituents, neighbors, and friends. Having Morris Day and The Time play at the 56th annual Reynoldsburg Tomato Festival proved that Reynoldsburg is willing to give their community the best and make it a respectable city by receiving the best.

In the end, Morris Day and The Time truly put Reynoldsburg Tomatoes Festival and the city on the map. It showed that they do whatever it takes and do whatever is necessary for Reynoldsburg. They do it to their fullest extent and reach beyond their imagination to provide their residents with the best.

The legendary Morris Day and The Time took center stage at 8:30 pm, and they played for about an hour and a half.

The festival started on August 4th with performances by Lee Gantt and North to Nashville. International Rock Band, Plain White T’s concluded the festival when they took the main stage at 8pm. The band hit mainstream success with their number one hit, “Hey There Delilah,” which became a heavy rotation on radio waves worldwide.

Morris Day and the Time and The Plain White Ts are one of the biggest acts ever to take center stage at the Reynoldsburg’s Tomato festival. Day performed with the Legendary Prince and was in the 1984 iconic movie Purple Rain.

The residents of Reynoldsburg and its neighboring friends indeed showed up at the festival not just for the concert but to continue the legacy of celebrating the Tomato festival, also known as the birthplace of tomatoes.

Apart from entertainment, fans were also able to participate or enjoy the Car and Bike Show, Carnival Rides, Kid’s Corner, Pickleball Tournament, Sensory Times, and Festival Pageant. Of course, the festival will not be complete without having a tomato contest and tomato wars.

History of the Festival

Heritage Holiday Festival and Tomato Show was the event’s original name when it started in August of 1966, according to the festival website. “A dog show, children and adult art shows, a parade, and a queen’s pageant were some of the activities at first, as well as a tomato fight between Republicans and Democrats.”