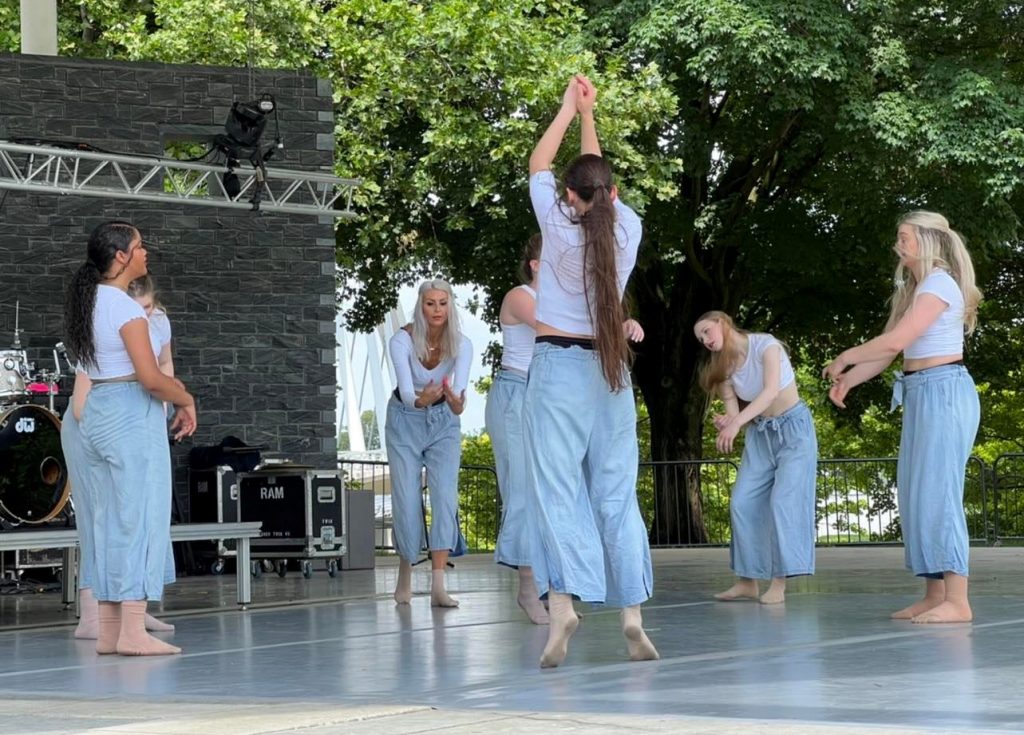 Columbus Art Festival returns after two years of being away due to the pandemic to celebrate its 60th anniversary. Organizers stated that more than 450,000 spectators would be attending this year’s festival scheduled from Friday, June 10 thru June 12, to enjoy arts, music, and Food.

Over 200 artists across the country will show their crafts, and multiple local musical artists will perform on three different stages. Food truck vendors like Fork in Nigeria, who operate a mobile food service, hope these opportunities will open doors for other immigrant entrepreneurs.

From the moment Fork in Nigeria opened to the public on Thursday, May 13, 2021, it has captured the hearts and stomachs of residents of Central Ohio with its authentic flavors and traditions of Nigerian Cuisine.

“A lot of people are open-minded and love trying other things. It was a pleasure to see the crowd line up in front of Fork in Nigeria during the Columbus Art Festival, and since Food is a form of art, we are pleased to bring Nigerian Cuisine to the international stage,” said Gachomo Mapis Shepkong, Co-owner of Columbus Fork in Nigeria.

The New Americans Magazine spoke with Jami Goldstein, Vice President of Marketing, Communications and Events, Greater Columbus Arts Council, about returning after a two-year hiatus, the history of the festival, and how arts define cultures around the globe.

“Columbus Art Festival is all things art; performing and visual, hands-on activities for the children, Cuisine, and it is free. Walking the 2.5-mile Scioto Mile, admiring the landscape, and enjoying the festival is what central Ohio has been missing for the past two years.”

Jamie became emotional when talking about not having the festival for almost two years and how more than 100 volunteers work year-round to make the event possible. “We missed our artists, we missed seeing all the faces from different backgrounds, but we are glad to be back in the vibe, especially witnessing all the artists display their work.”

Columbus Art Festival is at the Scioto Riverfront in Downtown by Rich St and Main Street. It started sixty years ago at the statehouse lawn on the riverfront. In early 2000, we had to relocate to the discovery district over by the Columbus Art Museum when the city undertook the expansion of the riverfront by adding the Scioto Miles under Michael Coleman, former Mayor of Columbus. Since the completion of the Scioto Miles, it is now the festival’s permanent home.

We want to showcase the artist’s beautiful works from various backgrounds; that’s why there are artists from thirty-four states, a few from Canada, and other countries.

By participating in the Columbus Art Festival, Fork in Nigeria and other immigrant vendors are gradually achieving success, despite a few bumps in the road.

Among the other notable new American food trucks at the festival were “Barroluco,” with its Argentian roots, “Tortilla Street Food,” with its Latin roots, “Cupzilla,” with its Asian origins, and many others. Among the over 200 artists, some originate from Canada and other parts of the world.