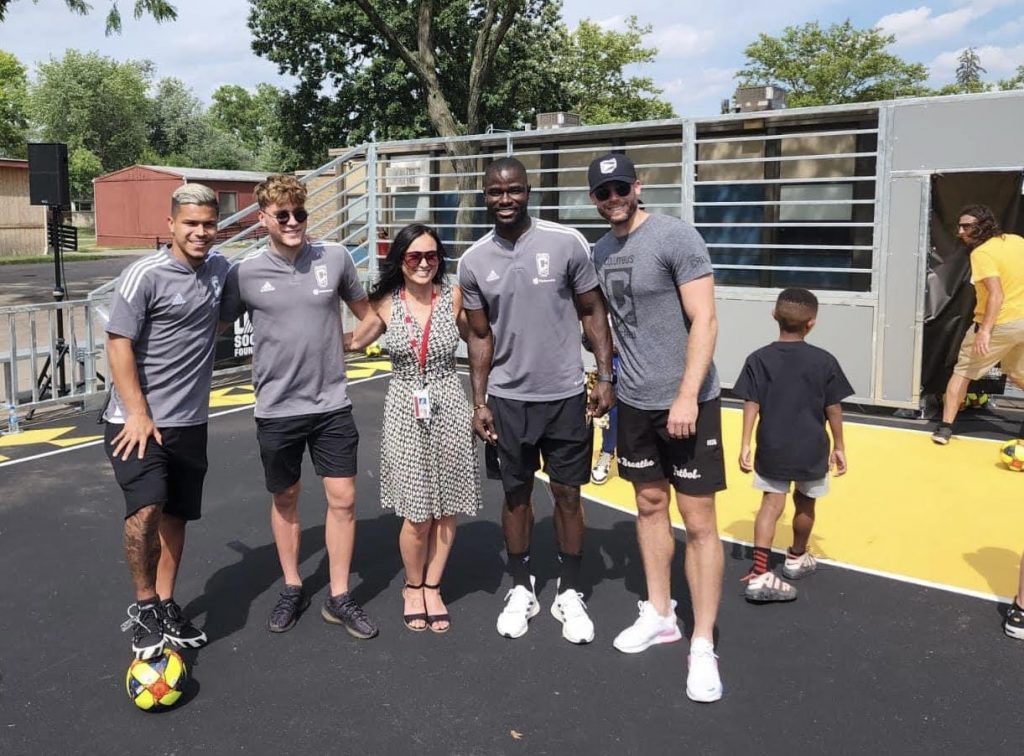 By Okon Ekpenyong and Ganel Laconte

The Professional Soccer League, like Major League Soccer in the U.S. and Canada, uses soccer mini pitches for fan experience on game days. They are also teaming up with Parks and Recreation and Elementary schools across the nation to continue its growth of promoting the sport in North America while providing a safe field and playground for children to experience its beauty.

Columbus Crew, a Major League Soccer franchise announced on February 23rd that they were working with Columbus Public School to install their fifth mini-pitch at the Scottwood Elementary School.

After months of construction, the Crew held an opening ceremony for the Mini-Pitch.

Yes, soccer is a phenomenal international game; for example, the Crew’s rosters are full of players from different ethnicity. That’s why the league is on the mission to grow the sport in North America.

It is the fifth Mini-Pitch by the Crew team in four years, teaming up with the U.S. Soccer Foundation, Lower.com, Nationwide, and Columbus City Schools to make this initiative a reality once again.

According to the Mini-Pitches marker, the field consists of a rebound board system with integrated goals surrounded by artificial turf or hard surfaces. It creates more opportunities for the fans to score frequently, giving them more control over the ball and providing a memorable experience for kids.