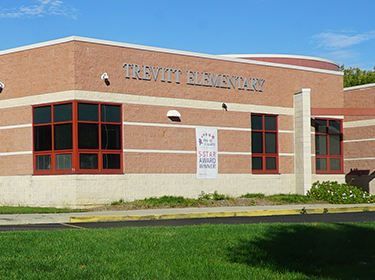 Columbus is fulfilling its promise of free college for Columbus City Schools seniors, with nearly 1,000 applicants so far to the Columbus Promise program, over 70 percent of which have already met all requirements to enroll.

“We believe in students, and we are excited that they are believing in themselves by taking the first steps to apply for Columbus State,” said Council President Shannon G. Hardin, who announced the program in November with Columbus State President David T. Harrison, Columbus City Schools Superintendent Talisa Dixon, and I Know I Can Executive Director Katina Fullen.

“This first class is critical to testing the program’s design because our hope is to expand it. I cannot thank our partners enough for the hard work to get this first group on the path to certificates, degrees, and a career.”

Columbus Promise leaders hosted a meeting on Thursday to update the community and business partners on growing momentum for the initiative aimed at boosting college-going and student success for area students to fill workforce gaps and increase social mobility.

The first cohort of Columbus Promise Scholars will graduate from Columbus City Schools this year and start at Columbus State in the fall, where they will enjoy specialized supports and dedicated advising to help them complete their degrees and get a job.

Columbus State is working with partners to develop a “learn and earn” program to pair the estimated two-thirds of Columbus Promise Scholars who will want to work part-time with rewarding and relevant paid internship and part-time job opportunities.

“Promise Scholars will be closely supported by advisors and academic coaches chosen to work exclusively with the Promise cohort. We’ve also created a space at the College just for Promise students—a place to study, meet with peers and support staff, or just hang out. And because we know that most of our students work while going to school, we’re engaging employers to identify meaningful learn-and-earn opportunities to place scholars in jobs that will help them now, and in their future careers.”

Encouragingly, 1,278 Columbus City Schools students have submitted the FAFSA so far this year, compared to 891 this time last year, a 43.4 percent increase. Over those timeframes, statewide FAFSA completions have only risen 1.5 percent and among low-income Ohio schools actually fallen 0.5 percent.  FAFSA is an important leading indicator of future college enrollment.

“The numbers we are seeing for FAFSA submissions and Columbus Promise applications reflect the enthusiasm around this wonderful opportunity for our students,” said Columbus City Schools Superintendent Dr. Talisa Dixon.

“I want to applaud our school counselors and the I Know I Can staff who have been instrumental in cultivating this excitement in our schools and in preparing our students for this journey. They have worked tirelessly – dedicating hours upon hours – encouraging and assisting our students and families with the FAFSA and college applications and providing counseling and guidance to ensure students are Columbus Promise ready.”

“The only way we will achieve our full potential as a city is if everyone shares in our collective success, particularly our young people, who deserve each and every opportunity to succeed in and out of the classroom,” said Mayor Andrew J. Ginther.

“The Columbus Promise is a terrific example of this aspiration in action, and I am so excited to see the program press forward with great momentum and enthusiasm from across the community.”

Every student who completes these steps is eligible to participate in the program, but some will inevitably opt for other postsecondary options. However, this early application volume suggests the program is on track to meet its goal of enrolling 425 Promise Scholars in the first year. That would signify a 30 percent boost over and above the last three years, when on average 327 students graduated from Columbus City Schools and enrolled in Columbus State the following fall.

The program is a public-private partnership projected to cost $9.5 million through June 2025. The City of Columbus and Columbus State Community College have pledged $5 million to the effort. Philanthropic and private sector contributions have totalled $4.105 million, leaving roughly $395,000 to raise. This puts the Columbus Promise campaign at 96 percent of its fundraising goal.

“And the way in which the community came together to make this happen shows that Central Ohio was ready for that bold proposition.”

“The Columbus Promise will help cultivate the strong and talented workforce required by a growing region,” Kenny McDonald, President and CEO of the Columbus Partnership said.

“The Promise is the Columbus Way in action. It’s another example of leaders coming together across sectors to create a more inclusive economy and future for Columbus.”