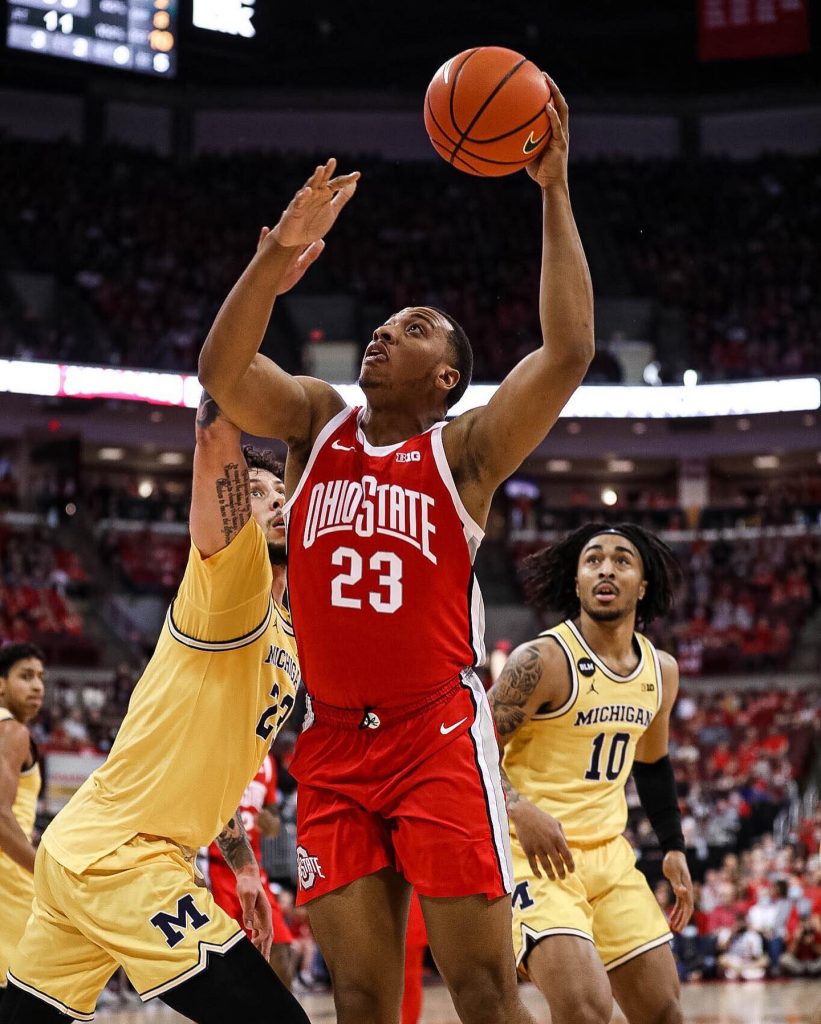 Three Ohio teams, Ohio State University, Wright State University, and University of Akron made it to the 2022 NCAA Men’s Basketball Tournament. Playing out of the south region, number 7 Ohio State will face Loyola Chicago on Friday, March 18, at 12:15 pm at the PPG Paint Arena in Pittsburg, PA. Friday’s game is their first meeting in the tournament, but they previously faced one another four times, including the Buckeye’s victory 87-75 on November 11, 2006, in Columbus, Ohio.

The Ramblers, who won the 2022 Missouri Valley Conference Tournament, while the Buckeyes went 1-5 to close out their regular-season games. Injuries to Kyle Young and Zed Key were one of the contributors to some of those losses. Both teams have won a single title, Buckeyes in 1960 and Loyola in 1963, defeating the same team Cincinnati Bearcats. From 1958 to 1964, the Bearcats had a run unlike any other, going to five straight final four winning in 1961 and 1962 and runner up in 1963. When Loyola won the title in 1963, four African American players were on the floor, changing the color barriers in men’s and women’s college basketball.

Akron won the MAC Tournament, and Wright State won a close one against Northern Kentucky 72-71 in the Horizon conference to get into the dance. Wright State was 1 of 8 teams to play in the first four, defeating Bryant out Northeast Conference, and will now meet the #1 Arizona from the South Region. Playing out of the East region, #13 Akron will face #4 UCLA on March 17 in Portland, Oregon.

Sports Chaplin is an individual that provides pastoral care for a sporting team. Sister Jean has been Chaplin for Loyola Chicago Ramblers Men’s Basketball team since 1994. In a recent television interview with Kelly Burke, host of #One Valley for Missouri Valley conference network. Sister Jean stated that 2018 was one of the most memorable moments, not only the team reaching the final four for the first time since 1963 when they won the whole thing, but also it made her a household name, and the team played like champions. Sister Jean’s popularity is not why the team competes at the highest level during their tournament run; however, she’s 102 this year so expect the nation to cheer her team on with the biggest smile.

“All of the players giving me a sweaty hug and witnessing the team growth as a unit meant so much more,” Sister Jean said. Their historic run in 2018 was a true Cinderella story when they defeated #6 Miami, # Tennessee, #7 Nevada, #9 Kansas State before falling to #3 Michigan in the semifinal game.

Loyola Chicago Ramblers from the Missouri Valley Conference only allow 61.7 points per game. So, expect full-court press against the Buckeyes that average 73.8 points per game. On the other hand, the Buckeyes only give up 68.5, but the Ramblers average about 73.8. So, the game will come down to who can make more defensive stops, grab the most rebounds, and time management on the floor. This season, J. Liddell, the Buckeyes leading scorer, averaged 19.6 points per game and has been dominant despite some of their significant losses, which led to a 19-11 record.

“People forget how we played when everybody was healthy on the team, so tomorrow, everybody will see a different Buckeyes,” Liddell said during the March Madness press conference at PPG Area Paint Arena in Pittsburg.

“They’ve played in the final four; they have been through these games, and so no one should count them out,” Buckeye’s Coach Chris Holtmann said on his thought on playing Loyola Chicago. Coach Holtmann also gave updates on Kyle Young and Zed, who sustained injuries during the final games of the regular season. Kyle Young and Zed Keys may return to the line-up, and it could help spark the offense and defense for the Buckeyes.

Ohio State will win 78-73, but if Loyola Chicago can be consistent on the offensive effort in the first and second half. Don’t be surprised if #10 Ramblers moves past #7 Buckeyes.