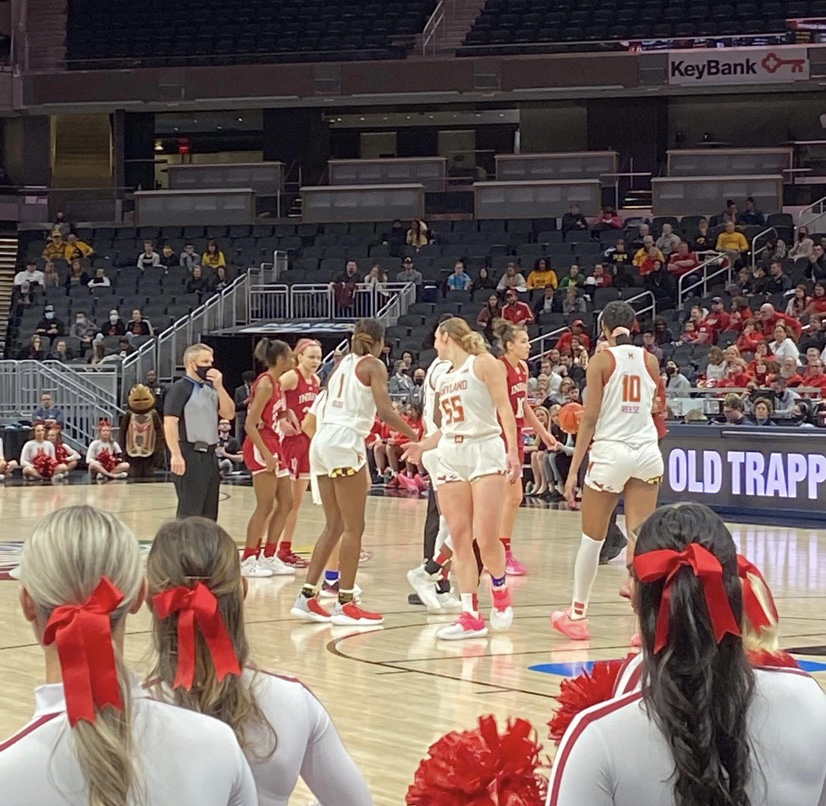 Number One Ohio State University Women’s Basketball team cruised past Michigan State with a 74-58 victory in the Quarterfinal game at the Gainbridge Fieldhouse in Indianapolis. Both teams played one another three times, and OSU was victorious in each contest averaging 74.6 per game.

The Buckeyes dominated the first quarter 22-8, led by Harris and Sheldon, but the Spartans found their energy in the second half, finishing with 21-22. Spartans dominated the third quarter after trading the basket with the Buckeyes in the second half, finishing with 19-13 in that effort. It was a much different scenario in the final quarter because the Buckeyes played like the #1 team and had four players score in double-figures.

“Rikki Harris did a great job. She was terrific today, and we needed it since Jacy Sheldon and Taylor Mikesell garner so much attention; if we’re going to be the team we’re capable of being, we need to have another one step up and Rikki today, and Tanaya, both of them had outstanding games, and I don’t think we win if they don’t all step up and play well,” Coach Kevin McGuff added.

J.C Sheldon and Taylor Mikesell get so many spotlights, so it is always good when bench players like Harris step up like she did today, finishing with fourteen points,” Buckeyes Coach Kevin McGuff said. In the first and second quater, Harris turned up the volume for the rest of her teammates, and they never looked back after that.

Michigan State’s Head Coach, Suzy Merchant, became emotional when talking about the team’s adversity this season. Coach Merchant praised Senior guard Nia Clouden for her four-year career with the program and would have loved a different outcome for her instead of existing early in this year’s Big Ten Women’s Basketball Tournament. Coach Merchant credited the Buckeyes Coach McGuff for recruiting Taylor Mikesell, who has been a difference-maker for Ohio State this season. Mikesell added she once played for Coach Merchant when she coached Pan American games years ago.

Ohio State was successful during full-court press today, not only limiting MSU’s leading scorer, Nia Clouden, to only seven points but forcing the Spartans to commit seventeen turnovers, including ten steals by the team. “Regarding the press, we had just played them, so we were able to assess what their press break would be and make some adjustments coming out of what we did last Sunday and I thought it was really effective today. We got points off turnovers and even when we didn’t turn them over we did our job with getting matched up at the end so they couldn’t score,” Coach Kevin McGuff said.

The team will now play Indiana after they defeated Maryland 62-51. They need to play like a championship team after falling by twenty points 88-66 in their only meeting this season on Dec 21, 2021. In that game, the Buckeyes only shot 36.4% from the court, while Indiana shot 58.1%, which was a difference-marker. Indiana and Maryland were trading baskets throughout the game. But the Terrapins went 0-12 from the three-point lane and committed 22 personal fouls, which led to one of the reasons why they exited the tournament in the Quarterfinals.