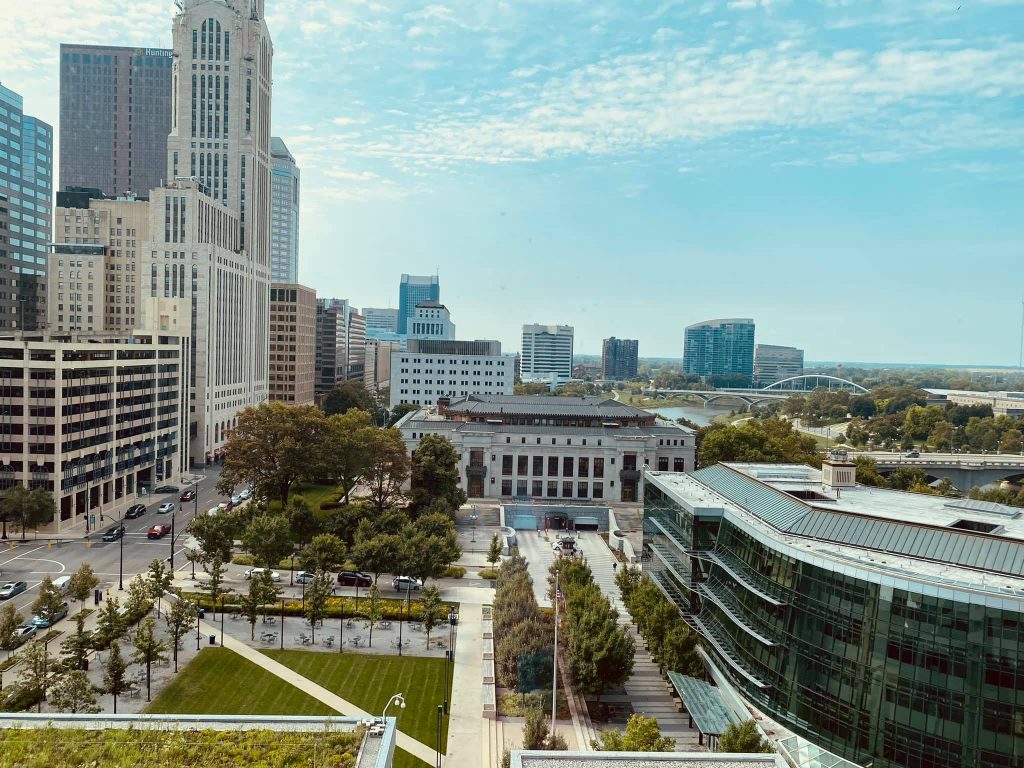 The City of Columbus, Ohio Mayor Andrew J. Ginther has joined business, environmental and community leaders to unveil the city’s first-ever Climate Action Plan, a community roadmap to achieve carbon neutrality by 2050 and a 45% reduction of greenhouse gas emissions by 2030, and to promote equity and environmental justice while pursuing a carbon-neutral Columbus.

“The effects of global climate change are real, and they are directly impacting residents in Columbus, particularly those who live in our Opportunity Neighborhoods,” said Mayor Andrew J. Ginther.

“We owe it to them, and to our entire community, to reduce our collective carbon footprint, improve our local environment and empower our most vulnerable neighbors with the resources they need to withstand a changing climate.”

The Climate Action Plan was developed with input from residents, environmental advocates and the business community, and outlines mitigation strategies to reduce greenhouse gas emissions and adaptation strategies to equitably promote greater community resiliency against climate change. The plan will be updated on a five-year basis to ensure optimal accountability, transparency and alignment with the latest circumstances and climate science.

“This plan is truly a bold vision to reduce the city’s greenhouse gases and protect those communities most vulnerable to the climate crisis,” said Heather Taylor-Miesle, executive director of the Ohio Environmental Council.

“Mayor Ginther, city staff and everyone who engaged in the drafting process deserve praise for creating such an ambitious plan. We’re excited to partner with the entire community to implement its recommendations and secure a healthier environment for all who call this city home.”

One Columbus President and CEO Kenny McDonald highlighted the plan’s role in strengthening the local economy.

“Taking action to ensure an environmentally sustainable future will help Columbus maintain its position as a competitive market for business and for talent, as more companies are looking to locate in cities that take climate action seriously,” said Mr. McDonald.

The two climate hazards most likely to impact Columbus are rising temperatures and increased precipitation. Extreme weather conditions such as heat waves, heavy rains, floods, and drought all have the potential to produce drastic health and economic consequences for Columbus neighborhoods, with even more dramatic effects anticipated in areas already facing economic and social adversity.