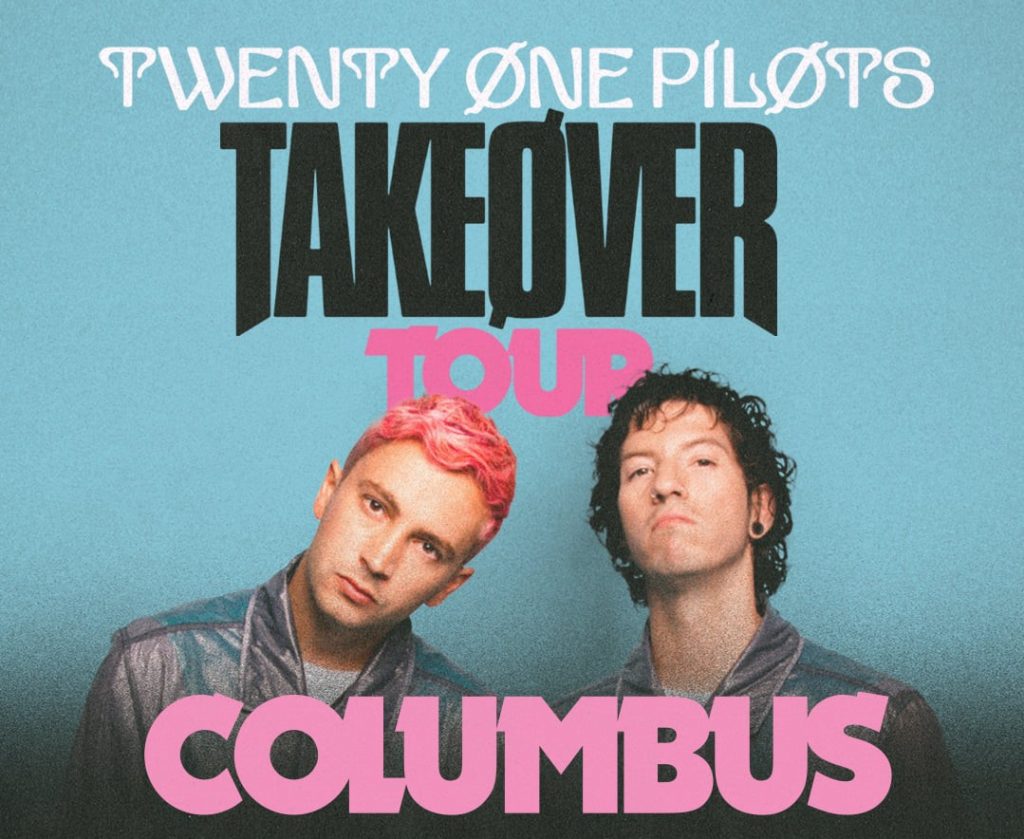 When artists like “Prince” played at his hometown of Minneapolis or nearby City Saint Paul, it felt like a homecoming parade where the city came out to show their love and support. Other acts like Bon Jovi ruled the state of New Jersey for over thirty years, putting songs like “you give love a bad name,” Livin’ on a prayer, and “Always,” to name a few on the map globally.

Lead singer Tyler Joseph and drummer Josh Dun from the band Twenty-One Pilots, formed in Columbus, Ohio in 2009, are other acts whose local praises and recognition meant so much to the band itself, their supporters, and Central Ohio as a whole.

The band released their first Album titled Twenty-one Pilots on December 29, 2009, peaking at number 139 on the U.S Billboard album charts, and that LP had 115,000 in sales. At the mainstream level, their fourth Album in 2015 titled “Blurry face” ended up producing some of the band’s biggest hits like the songs “Stressed out” and “Ride.”

Puddle of Mudd from the Kansas City area is no exception to the rising birth of local bands who started out playing at local clubs and ultimately put the city back on the map when they hit that mainstream success.

Their much-anticipated album “Come Clean” in 2001, producing such hits as “She hates me” and “Blurry,” had the state of Kansas and Missouri buzzing. It is a reminder that local bands or acts will be continuing the legacy of reminding the nation and the world that sometimes the vision starts at your parent’s or your friend’s garage.

However, the success of a “band” is not how many hits produced but having the music as a whole influence on society in the form of social changes, starting a much-needed conversation, and inspiring millions always to strive to follow their dreams.

An act paying tribute to those who came before them by playing a few iconic songs while on tour- also set as a reminder to the public that an artist’s musical background is so rich in culture, it ends up taking the crowd back to their younger days.

For Example, Tyler Joseph and Josh Dun ensured that the legacy of honoring iconic songs like “Bennie and The Jets” by Elton John, “My Girl” by the temptations, and “I Can See Clearly Now” by Jimmy Cliff reminded the crowd that their fan base is not just young people, but also those born in multiple decades.

Twenty-one pilots entertained the crowds throughout the night with their acoustic alternative hip-pop, electropop, indie-pop, pop-rock, rap-rock, and alternative rock style of music that fans here locally and across the world can appreciate.

The band kept reminding the crowd, “We are home because we are back in our hometown” Twenty-One Pilots said, also stating, “There’s no place like home.” Their sold-out show started on October 27 and will concluded October 30, 2021, at the Nationwide Arena in downtown Columbus.

All guests 18+ were made to provide their Coronvirus vaccination form or proof that they were covid-19 negative within 72-hours before entering the venue. Face covering is also a requirement unless you are under the age of three years old. The take-over tour started at the Bluebird Theater in Denver on September 21, 2021, and will end on June 25, 2022, at the Wembley Arena in London, England.