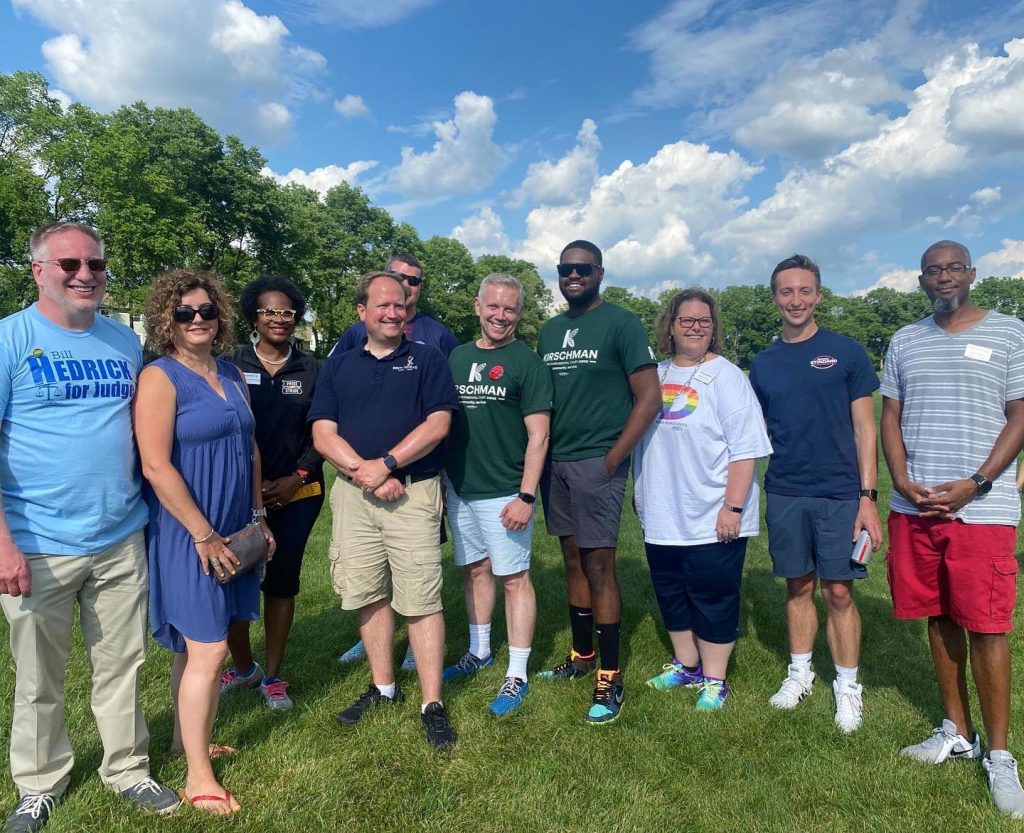 Reynoldsburg is putting itself on the map by teaming up with the Center Ice Foundation of Central Ohio to build an indoor ice and multi-sport facility across Glen Rest memorial estate off Main Street -Taylor Road in Reynoldsburg. It is expected to gain talents and interests, both locally and nationally.

Center Ice Foundation of Central Ohio works on building the future of ice Hockey sports in Central Ohio.  Back in February of 2019, Groups of hockey moms, fans, and local supporters started a $8 million campaign to bring an indoor ice facility to the city of Pickerington first, but that plan did not execute.  The foundation reached out to other nearby cities like Grove City, Canal Winchester, and much more, but those plans failed as well.

However, on October 22nd, 2021, the city of Reynoldsburg agreed to partner up with the foundation to plan for the indoor athletic and ice facility. A public announcement was held on-site on October 26th at 5 pm to celebrate the news with the public officially.

For several years, Youth football practices and games occupied the lot, and residents also used the area for recreational purposes.

The announcement is good for the city that borderline Franklin and Licking County because at the end of the day, the youth and residents will still have the opportunity to use that area for recreational purposes, but now differently.

Reactions from the city’s residents showed enthusiasm to see the facilities come on stream.

They will have two sheets of ice for hockey, not just regular hockey but also slim hockey where developmental disabilities individuals can play. Fans and families can expect to see Lacrosse, soccer, in addition to seeing the floor converted to hardwood, where volleyball & basketball games will take place. Council-member Bryant also added that the site would include a hotel, restaurants, and commercial offices.

This field used to be filled with three to four teams of eight years old. There were eight teams with middle age groups, and then six more to come out here, and every inch of this land a kid was using it for recreational activity. There’s a county line between Franklin and Licking that goes through this property. If an injury occurred and an ambulance was necessary, they might come out and say, we cannot help you because you are out of the county line. It is poetic that it has been such an important field for youth sports for so many years, and sadly has been sitting here and vacant for four to five years.

Councilmember Bryant was ecstatic because she remembers taking her sons to hockey practices and having such a site in the city shows that Reynoldsburg is also a hockey town.

Hockey Moms and Dads will be bringing hockey, Lacrosse, and underserved youth sports to #iceberg! Reynoldsburg will be a destination for #SportsMoms like me throughout Central Ohio and beyond. The facility will also include retail spaces and medical offices.  It is poetic justice of it all, meaning all residents can benefit from it regardless of their background. The site is formerly space for Reynoldsburg Youth Football.

Guest speakers at the announcement were Reynoldsburg Mayor Joe Begeny; the city school superintendent, Dr. Melvin Brown; Paul Ghidotti, President of the Daimler Group, and much more. The Reynoldsburg Marching Band helped kick things off with a fantastic number, and there were plenty of games and giveaways, including a hockey puck.

When construction starts is unknown, but the complex will open sometime around 2023.