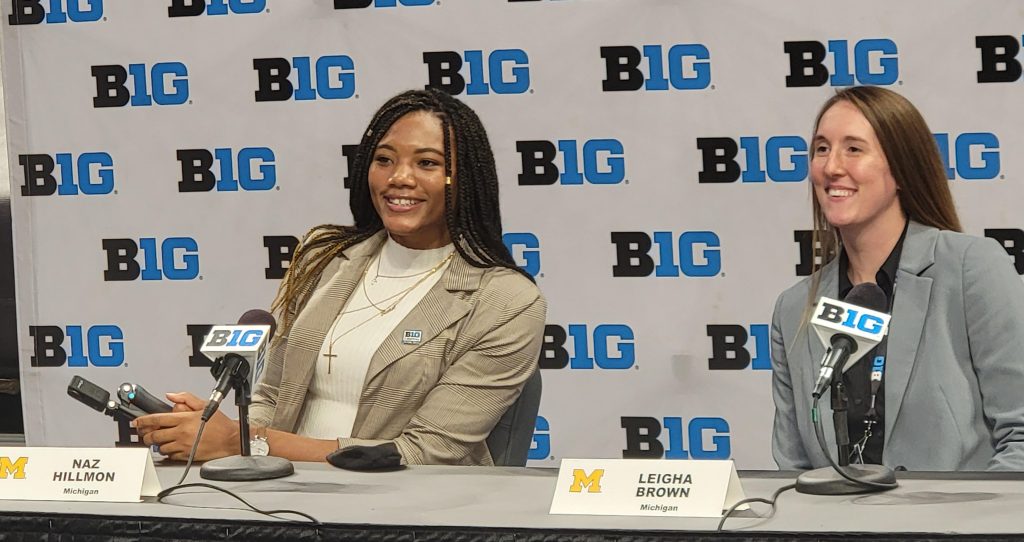 The Day 1 of the Big Ten Media Day was filled with superior basketball knowledge and intensity at Gainbridge Fieldhouse in Indianapolis, Indiana. The Big Ten is widely known as the best basketball conference in the entire NCAA for men and women. The respected programs were represented by the head coach and two to three student-athletes.

The Big Ten schools that attended day 1 were:

The day’s highlight was Michigan center Hunter Dickinson stating that his comment of hating Illinois was taken a little out of context because he is “cool” with Kofi and other players on the team, but they have the most annoying fans.

Another rivalry brewing! Basketball has begun, and the Big Ten men and women programs are very much capable of making a national title run.

Ohio State forward E.J Liddell entered the NBA draft after the college season but later came back to Ohio State for another year. He said, “they told me to increase my three-point percentage, prove I can play defense, and get better at the stuff I’m already good at.” It sounds like he’s ready to make a statement.