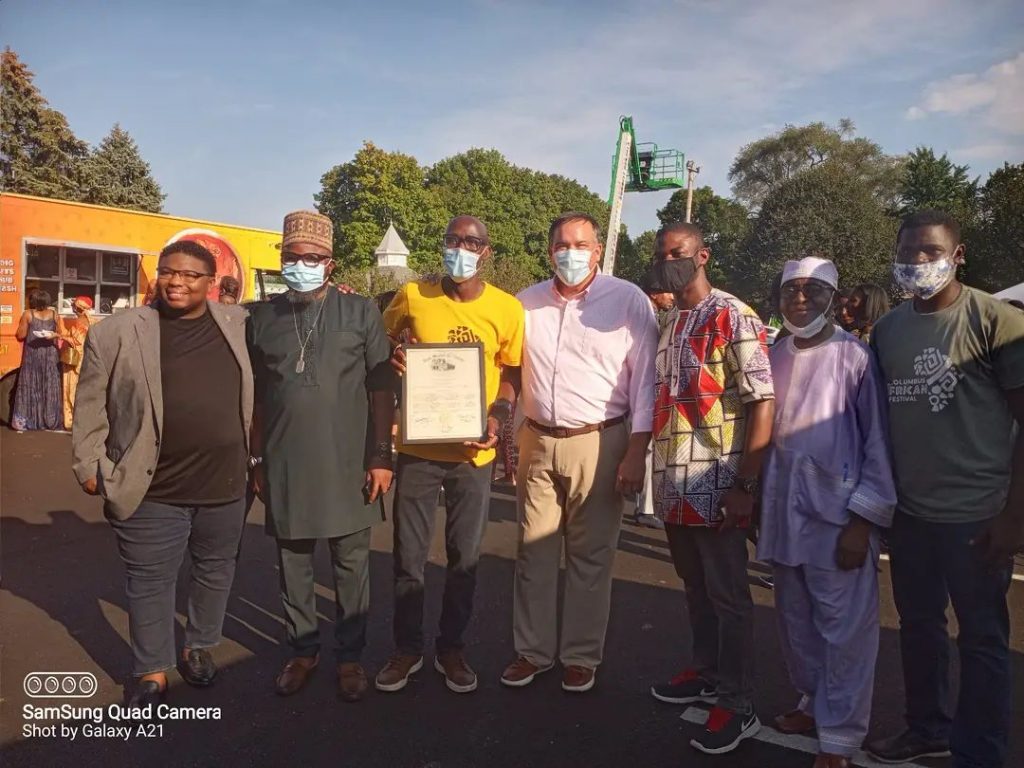 The state of New York alone has the largest population of African immigration in the United States.

Overall, in the most well-known metropolitan area in America, one will most likely find first and second generation of African descent in the city of Columbus, Ohio.

Columbus Mayor Andrew Ginther and State Representative Dontavius Jarrells spoke at this year’s Columbus Festival, commending the organizers for putting together such an incredible event showcasing Africa as a whole.

Columbus is both the capital of Ohio and one of the most populous, but one would not think it has a sizeable African presence. However, the city has the second-most Somalian community after the Minneapolis-Saint Paul Metropolitan area.  Interestingly, residents from Togo, Benin, Senegal, Sierra Leone, and the Democratic Republic of Congo are increasing.

There are 54 countries in Africa based on the recent United Nations report. Six of those are island nations, and 48 of them are on the mainland. Countries like Nigeria, Ethiopia, Egypt, Somalia, and Ghana make up a large population of residents living in various states.

So, for the organizers of the Columbus African Festival, partnering with the various African nations to introduce its culture, music, art, and food to the residents of Central Ohio is essential in keeping the motherland’s ancient history alive.

Yes, it is true that not every African country has the same thing, like there is a difference in the type of food one cooks, the kind of clothing one wears, and the language. Of course, learning about those differences and what reunites us is what the people would love to see.

“Our long-term goal is to get with the Liberian, Somalian, and other ethnic groups to participate in the festival because the intent is to celebrate all of Africa instead of the West,” Dr. Barth Shepkong said.

Dr. Barth Shepkong who is the Chair of the festival, co-owner of Fork in Nigeria, Vice President of the Nigerians in Diaspora Organization (NIDO) Ohio’s chapter and lecturer of cultural diversity and sociology at Central Ohio Technical College in Newark, Ohio.

He previously lived in San Antonia, Texas, and Chicago, Illinois. However, Dr. Barth Shepkong did not want to miss the low cost of living in Columbus and the ability to create something new in the Africa Diaspora that would remain a part of history here in Central Ohio.

The first Columbus Festival occurred in 2019 at the Innis Park in Columbus, Ohio, but attendees and vendors had difficulty getting in/out of the area because the crowd exceeded expectations.

Not having the 2020 event because of the Covid-19 pandemic, organizers then had more time to develop a long-term strategy to have a location that would accommodate all of the festivities that the event had to offer.

Franklin Park was a perfect destination because it is where the Columbus Asian Festival takes place, and it can accommodate the amount of traffic it generates.

The festival had over 25 vendors, primarily selling clothes and accessories. There were two food vendors, one of which was Fork in Nigeria. Dr. Barth is the co-owner of the Food Truck, and he appreciates how the food has connected with so many residents from different walks of life.

Food is a universal thing, so is music and culture; therefore, when you have a festival that brings people together while teaching something new, especially about the second largest continent in the world, it is truly something to be proud of, indeed.