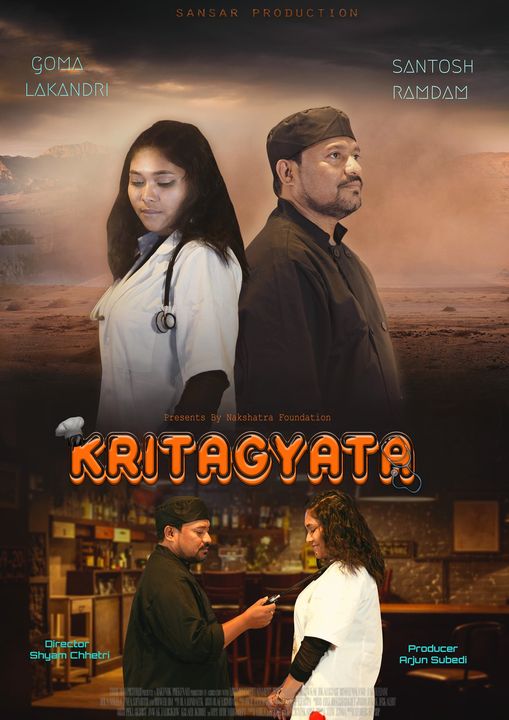 Columbus, Ohio based Nakshatra Foundation in the Nepalis community will be marking the Father’s Day with a short movie titled “Kritagyata” billed for release on Sunday, June 20, 2021.

“The theme of this short movie is about a successful daughter’s journey made possible by her father’s unconditional love and support,” said Arjun Subedi, co-producer of the movie.

“In return, his daughter expresses the words of gratitude on her first day of her dream job.”

The movie is directed by upcoming film producer, Shyam Chhetri with the casts including Santosh Ramdam, Goma Lakandri, Yubulos Basnet, Gagan Naubag, Benu Chhetri and the cinematography was handled by Prithivi Thatal.

Father’s Day was first celebrated in June 1910 to honor fatherhood and bonding with the children.