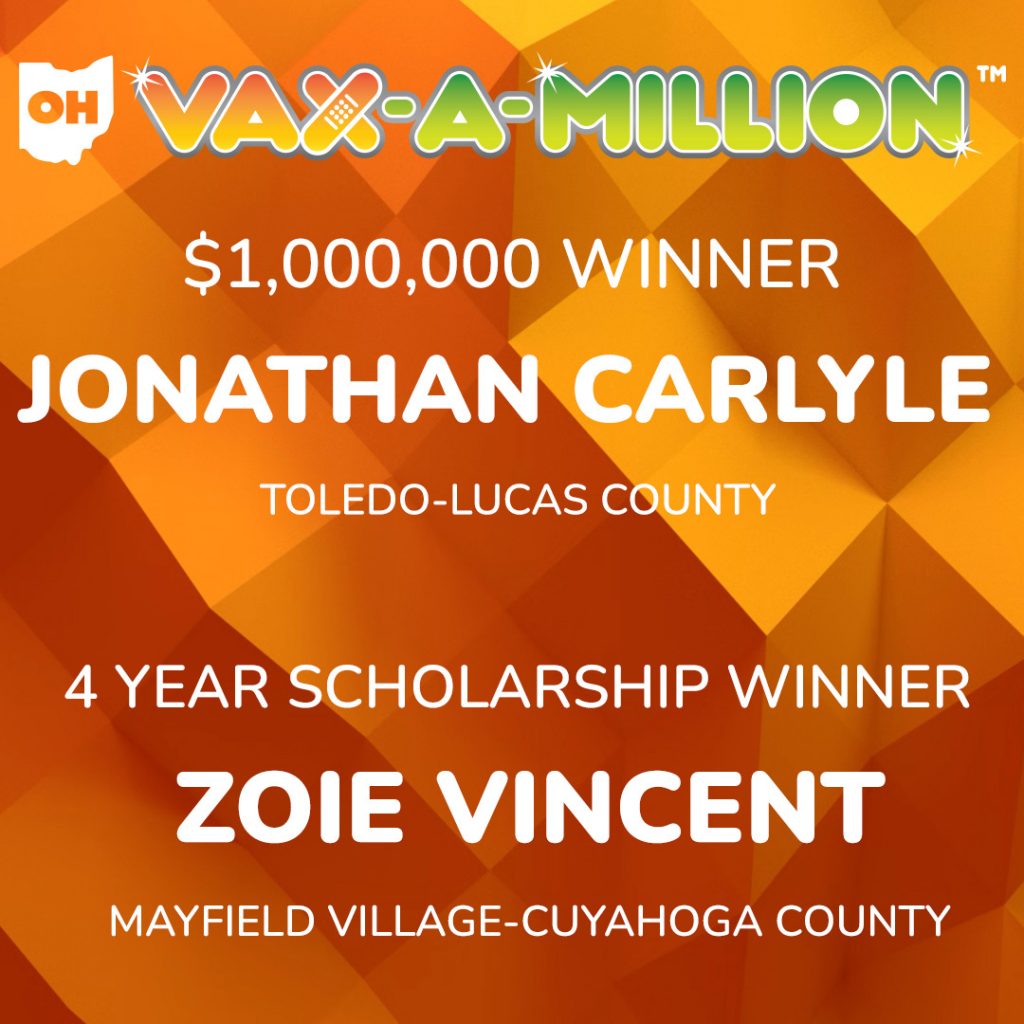 The Ohio Department of Health and the Ohio Lottery has announced Jonathan Carlyle from Toledo in Lucas County as the winner of $1 million prize of the winners of Ohio’s second Vax-a-Million drawing.

It also announced Zoie Vincent from Mayfield Village in Cuyahoga County as the winner of the second student full-ride scholarship including four years tuition, books, and room and board at an Ohio public university or college.

The winners were selected in the drawing conducted by the Ohio Lottery and overseen by the Ohio Auditor of State on Monday, May 31, 2021.

“I am pleased that leading into the holiday weekend, data continued to show that our Ohio Vax-a-Million promotion continued to increase COVID-19 vaccinations compared to the period before the promotion announcement,” said Ohio Governor Mike DeWine.

“The vaccine remains our most powerful tool to fight the virus and for Ohioans to protect themselves and others. I encourage anyone considering getting the vaccine to not delay and take advantage of both vaccination opportunities and the Ohio Vax-a-Million promotion.”

The number of entries in both groups increased from the previous week with 467,320 additional adult entries and 28,518 additional student entries.

With more than 5.3 million Ohioans who have started the vaccination process, not all who are eligible have entered.

Ohio Vax-a-Million is an opt-in program, meaning you are not automatically entered. It takes less than two minutes to enter online at ohiovaxamillion.com. Those without Internet access can also enter by phone at 1-833-4-ASK-ODH (1-833-427-5634).

Ohio covid19 vaccination incentive for Ohioans to win scholarship or up to $1 million, Vax-a-Mi ...