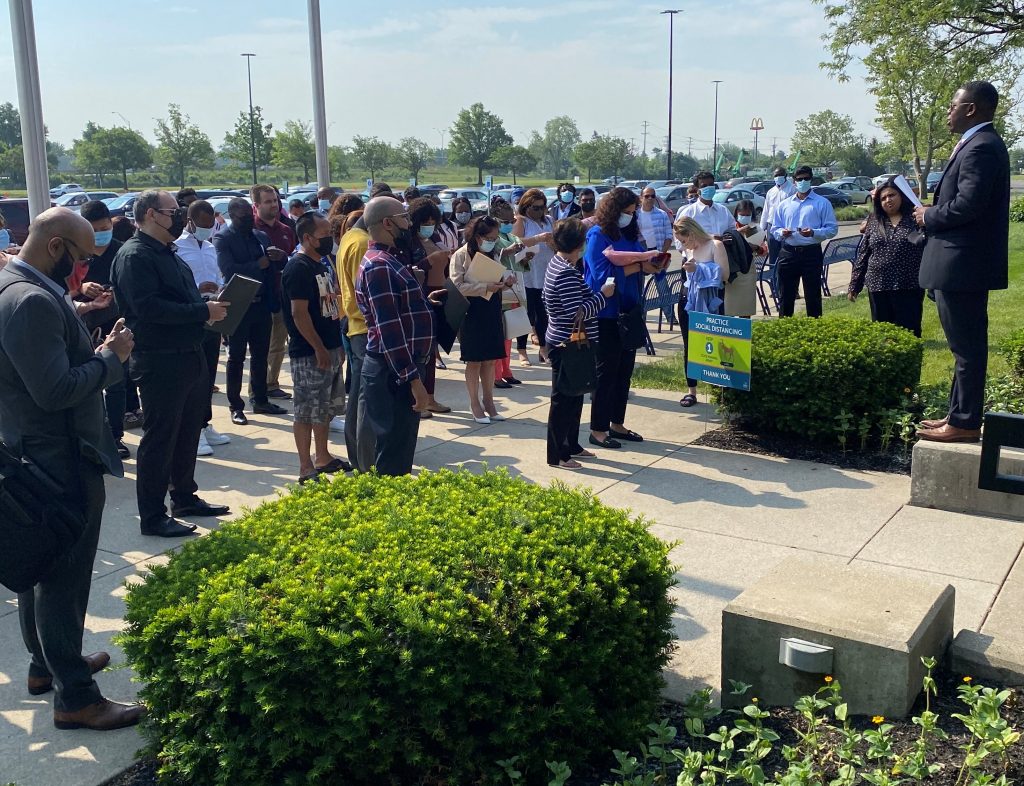 About 300 Ohio residents took the Naturalization Oath of Allegiance to become American citizens at the Ohio History Connection, Columbus, Ohio Tuesday, May 25, 2021.

The naturalization was done in three batches of about 70 representing countries from all continents, with only the participants allowed into the event place due to covid19 protocols.

Official of the United States District Court for the Southern District of Ohio who addressed participants before allowing them in briefed them about the covid19 protocols and other processes of facilitating the naturalization within a period of one and a half hours.

One of the new Americans, and Columbus-based radio personality, Ayo Akinuli described the naturalization as “one of the most significant days in my life. It is a dream come true. God bless America.”

Naturalization is the process by which U.S. Citizenship is conferred upon a foreign citizen or national after he or she fulfills the requirements established by Congress in the Immigration and Nationality Act (INA).

U.S. Citizenship and Immigration Services (USCIS) processes all naturalization applications and provides the Court with a list of the candidates selected to be naturalized in the Federal Court.

Currently, the selection consists of only those petitioners who have requested to: