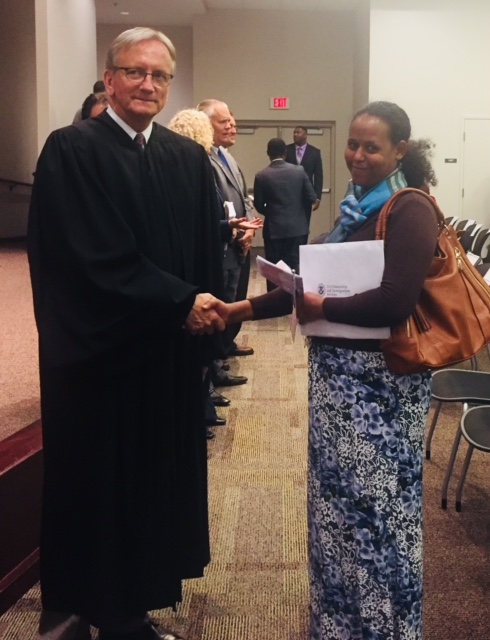 In continuation of the United States’ Constitution Week, about 150 new Americans were added on Wednesday, September 19, 2018 at an historic Naturalization Ceremony at the Division of State Fire  Marshal, Reynoldsburg, Ohio. 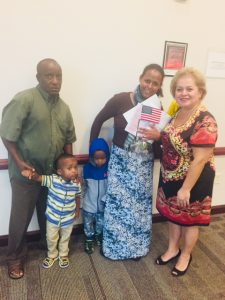 While addressing the new citizens, presiding Chief Judge Edmund A. Sargus Jr urged them to always perform their civic responsibility, adding that “America is a country of immigrants”.

Also, Jeff Hussey, State Fire Marshal, said “My fellow Americans, I am honored to share this special day with you,” urging everyone to keep their tradition alive and pass it on to their children andgrandchildren.

“As fellow Americans, work on civic issues, vote on local, state and federal levels, help each other and carry on with kindness and love for everyone. May God bless you and each country every one of you came from, and may God bless America,” he said. 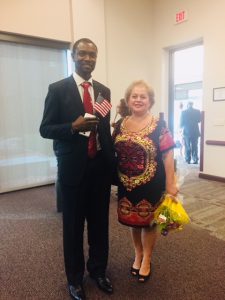 The guest speaker, Karen Athas Sargus, an English as a Second Language, ESL teacher and a Citizenship Instructor, congratulated the new Americans in several languages, stressing the importance of learning the English language and knowing the history of America, but also holding on to their own cultures and traditions.

“You all are making this country more colorful, more beautiful, and more tasteful,” she added.