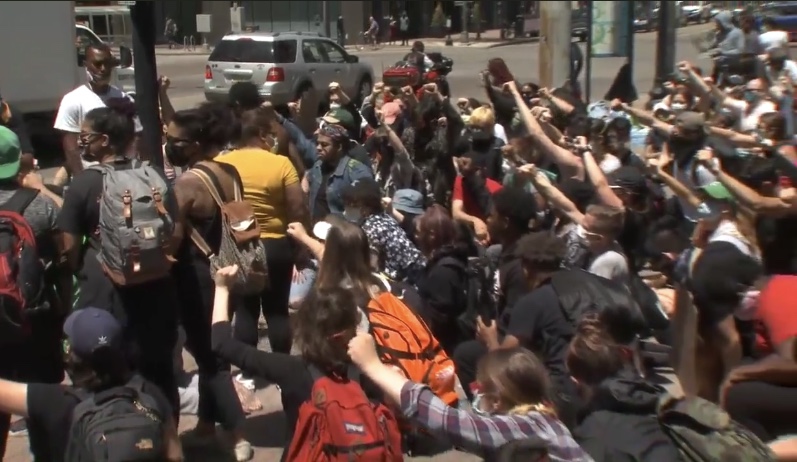 Columbus Interim Police Chief Michael Woods has said that police officers are not trained to shoot the legs when there was a need to deploy firearms in a situation of threat.

“One of the difficult things with that is that we don’t train to shoot the leg because that is a small target,” said Police Chief Michael Woods when asked why police do not shoot the legs or arms when using firearms.

He explained that “when you start shooting the leg or the arm and with continued rounds, and there are people behind that,, there could be a danger to people that are not committing anything.”

“We try to minimize any danger to anyone else if we try to use our firearms.”

Polce Chief Woods said that law enforcement has been in contact with the family of Ma’Khia Bryant, the 16-year-old girl killed in police involved shooting in Columbus.

“It is left with the Ohio Bureau of Criminal Investigation, BCI to conduct independent and transparent investigation. The Columbus Department of Police will assist them and will not interfere with their investigation. Our role will be to provide them with the information they request.”

Speaking on the incident, Columbus Mayor Andrew Ginther said, “we know we don’t have all the facts, but we do know a 16years old girl, child of this community died last night. This is a failure on the part of the community. Some are guilty but all of us are responsible.”

“The BCI will investigate and if the officer is wrong we will hold him accountable. We believe that transparency with the public is the utmost priority during this difficult time.”

“How do we as a city and a community come together as a community to ensure that our kids never feel the need to resort to violence as a means of solving disputes in order to protect themselves.?” Mayor Ginther wondered.