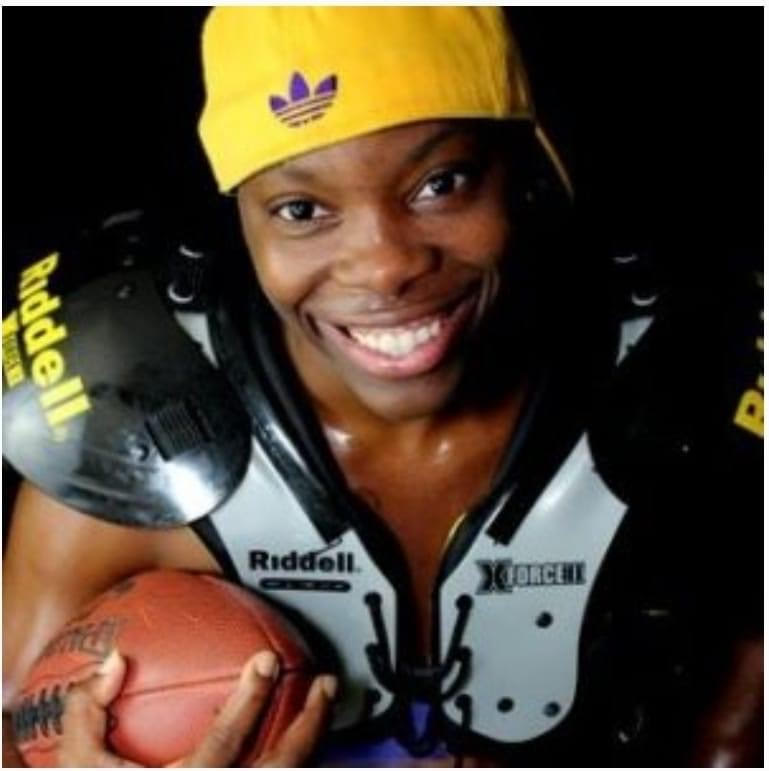 Odessa Jenkins started her journey in 2017 while working as an intern for the Bill Walsh diversity coaching fellowship. She quickly realized that her passion and knowledge of the game could empower women to play a professional sport that many would say is too physical for women to play.

Soon, she was invited to join the Atlanta Falcons coaching staff for an intern job with the running backs. Jenkins served as an intern there for nine weeks. Jenkins has achieved a lot athletically accomplishing two-time USA National Team gold-medalist (Women’s Football), a two-time Big West Conference basketball player of the year.

Jenkins praised Falcons coach Dan Quinn on just about everything she has learned, from an organization in the film room to building a franchise. With the knowledge she obtained, she followed her dreams and co-founded The Women’s National Football Conference, WNFC.

Jenkins is also co-owner and coach of a team. The WNFC features 20 teams, playing a 10-week Spring season, broadcasting nationally, and culminating with the IX Cup Championship game honoring women in sports.

Jenkins feels proud about her achievement, saying that having a female counterpart to the NFL will be the “final frontier” in breaking down the barrier between male and female athletes.

Jenkins stated that women have been playing organized tackle football for 60 years, but many people probably do not know that.

The WNFC is a groundbreaking organization that provides women with an opportunity to play, coach, and participate in American Football at the highest level.

As a premier professional women’s tackle football league, WNFC plays 11-on-11 full padded American tackle football. Each team has an owner, general manager, and coaching staff. They also have sponsors such as Adidas and Wilson. The WNFC has over 1,000 athletes and coaches across 17 states, which makes up 20 teams. WNFC started operating in 2019 but due to COVID-19, the 2020 season was canceled. The league should be in good economic standings to have a 2021 season, working on a $500,000 budget annually.