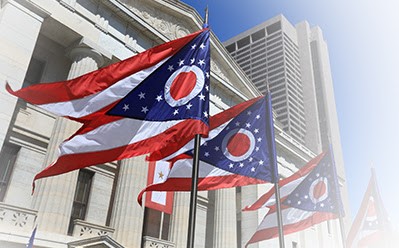 Ohio Governor Mike DeWine has announced that Ohio has requested $3.1 billion in borrowing authority from the U.S. Department of Labor to meet its unemployment obligation during the COVID19 pandemic.

“That total exceeds what we think we will need to pay out in benefits.,” said Governor Mike DeWine at the first briefing after the resignation of former Director of Health, Dr Amy Acton. 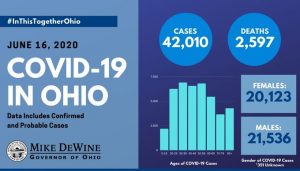 “It is essentially a line of credit, so we asked for greater authority than we currently think that we will need so that we have it just in case we need it.”

According to him, “Ohio is not alone.  So far during the COVID19 crisis, some other states, such as California and Texas, have also had to borrow money for their unemployment insurance obligation.”

Meanwhile, Governor DeWine disclosed that “there are people out there who see a crisis as an opportunity to take advantage of others. In perhaps the most widespread scam, criminals are filing fake unemployment claims on behalf of real people who haven’t lost their jobs.”

“As of this week, the tool has identified over $1 million in duplicate payments since we first began. Of that total, over $950,000 has been recovered.”

“There are also official-looking notices claiming to be from the government that say you’ve been overpaid in stimulus or unemployment benefits and need to return the money immediately.”

He asked that “Ohioans should be on alert if they receive information about a fake unemployment claim filed on their behalf.  If that happens, they should call Ohio Job and Family Services immediately.”

“For many of the youth served by FCFCs, the changes to routines caused by coronavirus have been earth-shattering, especially for the ones who lack access to technology and the internet.  As services moved online, some of these youth were left without a connection to their doctors.”