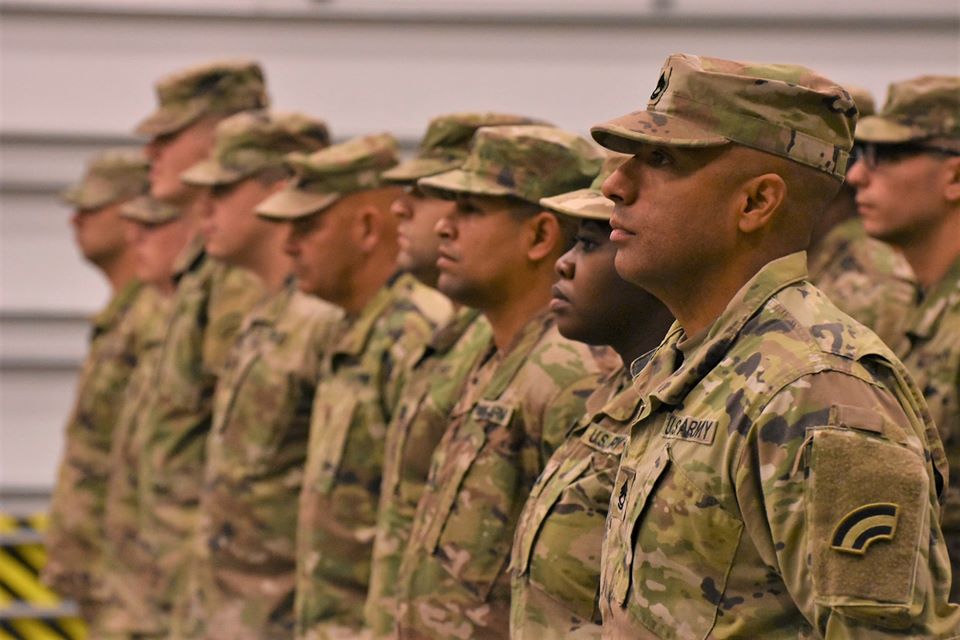 Ohio Governor Mike DeWine has granted requests from Columbus Mayor Andrew Ginther and Columbus Police Chief Thomas Quinlan together with Cleveland Mayor Frank Jackson and Cleveland Police Chief Calvin Williams to activate the Ohio National Guard to assist in responding to incidents of violence during demonstrations within the cities of Columbus and Cleveland over the death of George Floyd in the hands of policemen in Minneapolis, Minnesota.

“I am activating our National Guard to drive out hate and violence and to instill order.  This is about the safety of our communities – our neighbors, our families, and our friends.,” said Governor Mike DeWine.

“It is about protecting from unnecessary destruction the small businesses that our fellow Ohioans have worked so hard to create. It is also about protecting the First Amendment and creating the environment for peaceful protests so that people can be heard, so that voices are not stifled, so that justice can prevail, and so that love, kindness, compassion, and peace can triumph over hate and violence.

“The majority of demonstrators want simply to be heard, and we welcome the voices of the individuals who are focusing attention on the tragic death of George Floyd and on other injustices,”

“But, sadly, these voices calling for justice and change are being drowned out by a smaller group of violent individuals who threaten the safety of the citizens of our community. Acts of violence will not be accepted nor tolerated.  This violence must stop.”

Meanwhile, Columbus City Mayor Andrew Ginther has implemented a city-wide curfew from 10:00 p.m. to 6:00 a.m. beginning Saturday, May 30, 2020 to prevent violence. The order remains in effect until it is rescinded by the Mayor.

“I understand the anger and frustration that has led to these protests – and I share them. Racism, discrimination and injustice have led us to this moment. I want to assure our residents we are making real change and are committed to confronting racism where we see it,” said Mayor Andrew J. Ginther. “But at this moment some people are intent on causing chaos and destruction, not on creating positive change in our community and threaten to drown out the voice of demanding justice and our collective safety.”

Exemptions from the curfew include:

In an executive order, Mayor Ginther said “those violating the curfew will be subject to arrest. A person in violation of this emergency regulation shall be guilty of a misdemeanor and upon conviction thereof may be fined not more than one thousand dollars ($1,000) and/or imprisoned for not more than one year, or both.”

Reacting to an incident during Saturday demonstration in downtown Columbus, the City Council President Shannon G. Hardin, who was pepper sprayed together with Congresswoman Joyce Beatty said,  “I’m angry and frustrated. Folks are being shot down while jogging and suffocating under the knee of injustice.”

“Today, I saw with my own eyes that 99 percent of protesters were just trying to make their voices heard, while some individuals in the crowd were attempting to take advantage of the situation. I also saw police going too far, and that’s unacceptable. The people have spoken, and I hear you. The time for commissions and studies is over. The time to institute real police reform is now.”

Also, Franklin County Commissioner Kevin Boyce sad, “all of the Franklin County Commissioners support the protesters in the peaceful expression of their pain and sympathize with their cause.  We call for restraint from both protesters and police and insist that all sides take care to avoid any injury or destruction of property. We will continue to work and fight against the racism and inequity that exist throughout the nation.”

In its reaction, the Board of Columbus City Schools said, “the events of the past week, from the senseless death of George Floyd to the protests around the country and in our city, have left us heartbroken and frustrated. As we are sure our fellow Columbus City Schools colleagues would agree, our hearts are filled with sadness, anger, and disgust at yet another brutal act against a member of the African American community.”

“As one of the largest urban school districts in the country, Columbus City Schools must lead the way in spreading hope by educating our young people, not just with the knowledge of content, but most importantly of diversity, inclusiveness, and humanity.”

“It is our responsibility to create the change agents of tomorrow through the education of today. That means we must equip our students with the tools necessary to understand and overcome systemic racism by teaching culturally competent and historically accurate curriculum, especially about the City that they will one day lead.”

“We must also be forward-thinking and proactive in addressing the inequities and disparities that persist within our school district. Equity and cultural competency are priorities for Columbus City Schools and the Board of Education.”

“Even though the world may appear scary, ugly, and without hope, now is the time for us to lead with love, compassion, and education. Columbus City Schools is committed to working together as one community to be part of the solution for a better tomorrow.”