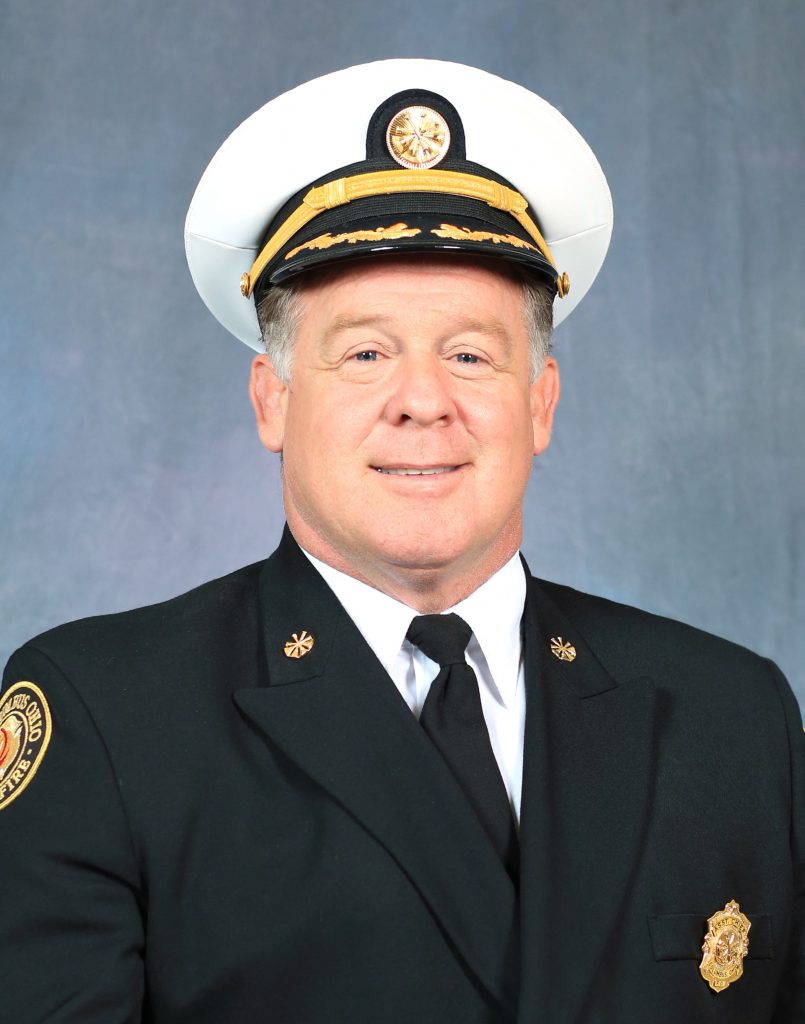 Columbus City, Ohio Mayor Andrew J. Ginther has appointed Assistant Chief Jeffrey Happ to serve as interim Chief of the Columbus Division of Fire. He succeeds Chief Kevin O’Connor who will retire Thursday, May 28 as the city launches a national search for a permanent replacement.

“I am confident Chief Happ will take this opportunity to make additional advances, changes, innovations and reforms to improve the culture within the Division of Fire,” said Mayor Andrew Ginther.

Happ is a 27-year Columbus Division of Fire veteran who oversees the Fire Training Academy. He became a firefighter in 1993 and worked his way through the ranks serving as a battalion chief, captain and lieutenant. He is also a Certified Ohio Peace Officer Trainer for Homeland Security in bombs, explosives and incendiary devices. He is a graduate of Miami University.

Mayor Ginther charged Happ with laying the groundwork for implementing recommendations that will result from a third-party, independent review of the Division’s policies – especially those designed to create an inclusive environment and provide opportunities for women and minorities in the fire service.

“Chief Happ is a collaborative leader with strong team building skills. I am confident he will surround himself with the talent and expertise needed to change the culture of the Columbus Division of Fire. He and his team will work together – and with the community – to improve efficiency and effectiveness utilizing innovation where appropriate,” said Safety Director Ned Pettus.

The City has entered into contract with Matrix Consulting, the same firm that conducted a thorough inventory of Division of Police operations. It has hired a search firm to help assemble a pool of qualified candidates from across the nation.

“It is my responsibility to ensure the City selects the best candidate to serve as the next Fire Chief, whether that person is an internal candidate or from outside the Division,” Ginther said.

“I look forward to the chief selection process and to making significant and meaningful change in the interim.”

The City intends to name a permanent chief named by the end of the year.