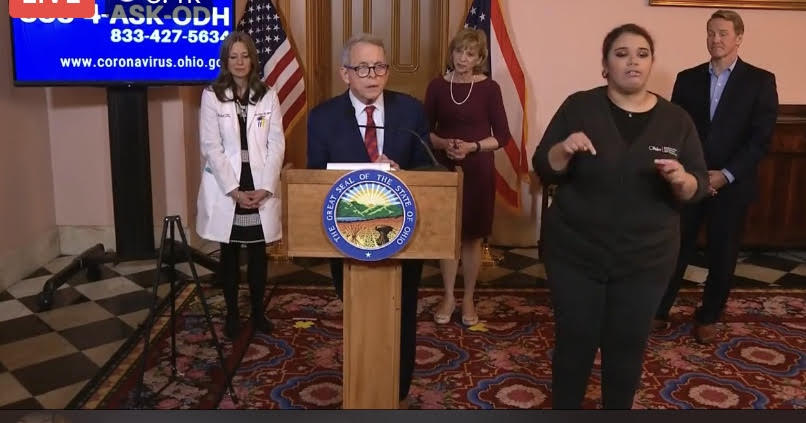 Ohio Lt. Governor Jon Husted has disclosed that 78,000 requests for unemployment have been made to the state government due to the impact of the corona virus pandemic.

Speaking at the government’s daily briefing, Lt. Governor Husted said, “Two weeks ago, we had about 6,500,”

“Every morning we have a round of calls with business and industry leaders in different sectors from manufacturers to the construction industry, restaurants and hospitality. We are making sure we have a strategy so we can take care of people who are affected by the economy as it is.”

“We don’t close businesses without talking with those involved. For example, closing salons and spas – we talked with them and in many cases they asked us to make these decisions.”

“You have to help us help you with this. You have to take precautions so that there is not community spread in the workplace. There are so many entities involved in the supply chain – we need to keep those businesses healthy and thriving”, he added.

Governor DeWine also ordered the temporary closure of most of Ohio’s Bureau of Motor Vehicle (BMV) deputy registrar locations and BMV driver examination stations.
Both orders went into effect at the close of business today.
“Everyone is in this fight, but we don’t need to go into the battlefield, we simply need to stay home,” said Governor DeWine. “Social distancing is so critical, and many Ohioans are starting to understand its importance, but there are still some who don’t yet get it. This is a crisis that we have never seen in our lifetime, and everyone must recognize that their actions could have deadly consequences.”
Of Ohio’s 186 BMV locations and 57 driver exam stations, a handful will remain open to issue and renew commercial driver licenses and perform commercial knowledge exams to ensure that the transportation of necessaries necessities such as food, medical supplies, and cleaning supplies is not interrupted. Those locations are:

Because of these BMV closures, Governor DeWine announced that he will work with the Ohio General Assembly to extend the expiration date of driver’s licenses that are up for renewal. In the meantime, the Ohio State Highway Patrol will not issue tickets to drivers whose licenses expire while BMV’s services are unavailable. Governor DeWine recommended that other law enforcement agencies in Ohio do the same.
Ohioans can still renew their vehicle registrations by mail or online at www.oplates.com, and BMV is currently working to provide other online service.

By America Counts Staff From driving for a ride-sharing company to selling homemade crafts onli ...