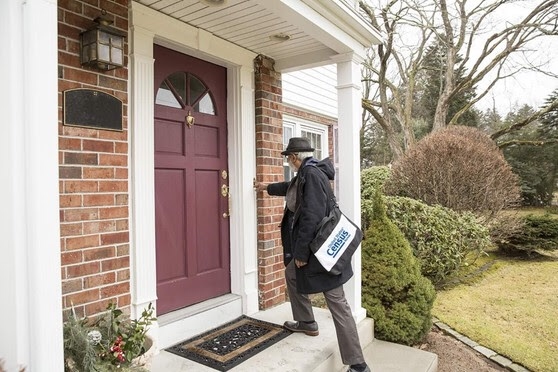 From driving for a ride-sharing company to selling homemade crafts online, people in the United States are increasingly earning extra income in new and creative ways.

These side jobs — or so-called gigs — are fueled by new opportunities triggered by technology and a trend by companies to hire more part-time or contract workers.

“The U.S. Census Bureau is on the verge of becoming the largest gig employer next year”

And now, the U.S. Census Bureau is on the verge of becoming the largest gig employer next year.

More than 500,000 temporary and part-time jobs are available as the Census Bureau ramps up hiring to conduct the 2020 Census next year.

Hiring has begun for a variety of jobs including census takers who visit homes and office workers who check home addresses among other things. Pay ranges from $13 to $30 an hour, depending on where you live.

The job of census taker, or enumerator, is going high-tech for the 2020 Census.

Gone are the days of lugging around big bags of forms, manuals and maps and boxes of documents. Now, enumerators will use smartphones and laptops to update addresses and help people respond to the census.

Mapping software developed by the Census Bureau will devise the best times to call on people at their homes and best routes to reach them.

“Everything used to be on paper,” said Burton Reist, assistant director for communications at the Census Bureau. “We had boxes and boxes of paper. Now it’s all mapped out on the phone.”

For the first time, people can apply online to work for the 2020 Census.

“These jobs can be a great second job, and we’re pitching them to students, bus drivers, teachers and others,” said Jeff Behler, regional director of the Census Bureau’s New York Regional Office. “You can work your 40-hour-per-week job and work for us on the weekends and be successful.”

Behler even recruits taxi and ride-sharing drivers, noting they can work for the 2020 Census during their off hours.

The 2020 Census is a count of every person living in the United States on April 1, 2020, the official Census Day. It asks a few simple questions, including age and number of people living in the home. It not only counts people but also where they are living on Census Day.

The Census Bureau is set to launch its nationwide address canvassing operation in August to update maps and address lists across the country.

About 50,000 temporary census workers will check more than 50 million addresses throughout the nation over a six-week period to see if any new residences (or addresses) were added. The Census Bureau wants to make sure that every address in the nation receives an invitation in March 2020 to respond to the census.

In early 2020, the Census Bureau will begin hiring census takers to visit individual homes to help residents complete their forms if they haven’t already responded online, by phone or through a paper questionnaire.

These door-to-door jobs are usually done in the evenings and on weekends. Positions also will be available at regional and local offices during more traditional daytime hours.

Until now, hiring was all done via paper applications and in-person testing sessions. Now, it’s online. If selected, people will provide fingerprints and undergo a background check before they can begin working.

Speak a Second Language? The Census Bureau Wants You

The Census Bureau is looking for people who speak non-English languages, and those who live in neighborhoods with large immigrant populations so that “our census takers look like the neighborhood we’re counting,” Behler said.

He said that people who work as census takers seem to love the job and making a difference in their communities.

“It’s crazy how this gets in your blood and you see the same people coming back decade after decade,” he said. “It’s an amazing experience.”

The Battle for Ohio: Visits of the Vice Presidents

By Joe Biden (2020 Democrat Presidential Candidate) You make a lot of important decisions as Pr ...

Bhutanese-Nepalese in Central Ohio: A Socio-Cultural to Political Status-Today and Beyond

By Dr. Surya C. Gnyawali, PhD Background and Introduction: Due to its demographics, which inclu ...