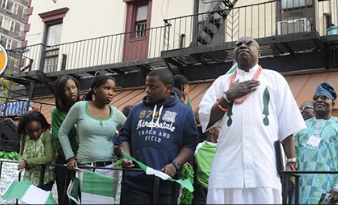 The United States implemented a second wave of travel ban on February 22, 2020 involving six countries:  Nigeria, Myanmar, Eritrea, Kyrgyzstan, Sudan and Tanzania.  The basis for the travel ban was national security and the protection of the homeland against potential terrorists from these countries.

Citizens of Nigeria, Myanmar, Eritrea and Kyrgyzstan are indefinitely proscribed from obtaining immigrant visas at American embassies and consulates abroad.

Citizens of Tanzania and Sudan were eliminated from participating in the diversity visa lottery.

“The travel ban is another form of family separation.  The separation of United States citizens and permanent residents from their spouses, children, parents and siblings who are citizens of the banned countries and are currently residing outside of the United States”

It is noteworthy that there has not been any terrorist attack against the United States from any of the affected countries.  The only factor these countries have in common is that they are countries with brown or black people, except Kyrgyzstan a former member of the Soviet Union.

Let’s examine the ban and the merit behind it, using Nigeria as the focal country.  According to the White House, Nigeria has failed to meet some of its information sharing requirements that will aid in identifying terrorists and Interpol. But it should be noted that Nigeria has been a partner with the United States fighting Boko Haram (a terrorist group in Northern Nigeria) and global terrorism. Nigeria is also America’s second largest trading partner in Africa, while it is the largest economy in Africa and the most populous, with over 190 million people.

The U.S. President has made disparaging comments particularly about Nigerians in the past, complaining that Nigerians who come to the United States would “never go back to their huts.”  He has also called African nations, including Haiti “shit hole” countries. Invariably, the president has said in the past that he wants only immigrants with merits to come to the United States, immigrants with good education and skills who can add value to the American economy.

In the light of this, let’s examine some facts about Nigerians in the United States. According to Amy Chua and Jed Rubenfeld authors of “The Triple Package”, “among black immigrants, Nigerians are the largest and the most successful group. In 2010 there were only 260,000 Nigerians in the U.S., that is 0.7% of the black American population, yet in 2013, about 25% of the black students at Harvard Business school were Nigerians.”

According to New American economy research fund, in 2018 Nigerian immigrants made more than $14 billion and paid more than $4 billion in taxes.

More than 70% of black doctors in the United States are Nigerians. According to the U.S Census Bureau, 4% of Nigerians hold a PhD, compared to 1% of the general U.S. population. 17% holds a master’s degree and about 59% have bachelor’s degree compared to only 33% of the national population.

Since Nigerians in the United States have all these accomplishments, why is the administration banning immigrants from these group of people with deserving merits?  One can only surmise that national security is just a pretext to exclude citizens from the most successful black or brown group from the United States with the intention to curb their growth and the expansion of their financial and political power.

The travel ban is another form of family separation.  The separation of United States citizens and permanent residents from their spouses, children, parents and siblings who are citizens of the banned countries and are currently residing outside of the United States.

Nigeria Immigration Service has announced that Minister of Interior, Ogbeni Rauf Aregbesola has ...