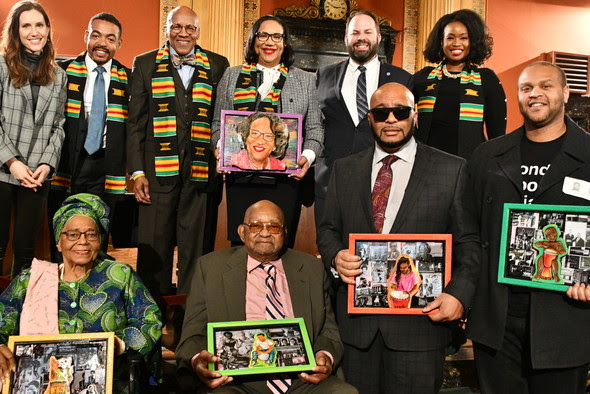 As the nation celebrates the Black History Month, the Columbus City Council on Wednesday February 19, 2020,recognized and honored the achievements of six African Americans in the Capital City during its second annual Black History Month Celebration.

“I’m honored to help tell the stories of Black folks, past and present, who have helped mold Columbus into one of the best cities in America.”

The celebration highlighted Black culture, as well as honored several African American pillars in the City of Columbus and their achievements in various sectors including:

“We always say that if its not for all, it’s not for us,” said Council President Hardin.

“The folks honored today have all worked toward the benefit of all of us, and we celebrate them for that reason.”

Honorees received the Poindexter Award, which is named in recognition of James Preston Poindexter, the clergyman, abolitionist, civil rights activist and political pioneer who served as the first Black Columbus City Councilmember in the 1880s.

Remarks were given during the ceremony by Council President Hardin, Mayor Andrew J. Ginther and the Keynote Speaker was The Honorable Algenon Marbley, Chief Judge U.S. District Court, Southern District of Ohio.