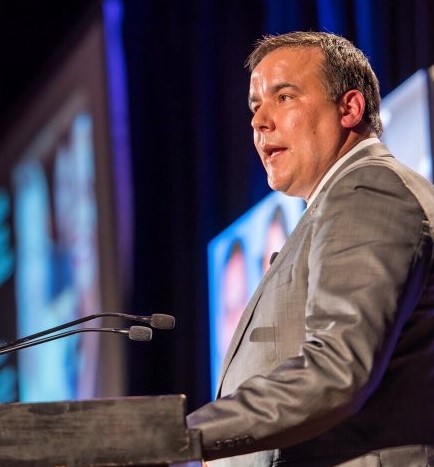 City of Columbus Mayor Andrew Ginther has announced an investment of over $33 million that will result in more than 1,300 new or renovated housing units for families of four who make less than $75,000 a year starting from 2020 through 2022.

Speaking at the 2020 State of the City, Mayor Andrew Ginther said, “we cannot talk about vibrant, inclusive neighborhoods without talking about affordable housing in our Equity Agenda.

“It is important to create mixed income neighborhoods – market rate housing in Linden and Hilltop . . . housing residents can afford in Clintonville and Downtown.”

According to him, “the number one contributor to affordability is density. We will begin a thorough evaluation of our zoning regulations to be able to include infrastructure necessary to support growth. We cannot say that as a community we support affordable housing if we are not willing to make every neighborhood available to all.

“Last year Columbus residents provided voted bond authority of up to $50 million to tackle the affordable housing issues facing our community. I pledge to use this community investment to more than double the number of new and renovated affordable housing units to a total of 5,000 by 2025 – also for families who make less than $75,000 a year.

“To meet this goal the City’s Department of Development will be hiring a new housing executive focused exclusively on our policies and practices to increase the number of affordable and market rate units built in our City,” he said.

Mayor Ginther added that, “in 2019, the City and County created the Central Ohio Community Land Trust, an innovative approach to homeownership intended to fight gentrification. The Community Land Trust is a shared equity form of ownership, where a family that makes between $65,000 and $95,000 a year can buy a new house, but the land underneath is kept permanently in a non-profit Trust.

“When the house is resold, the Trust ensures it is sold at an affordable price– not only benefiting the current family, but future families for generations to come. So far, the Community Land Trust has constructed its first 8 houses, all of which are sold or have buyers identified.

“Right now, the Community Land Trust is working with five partners to construct 46 additional Trust homes in the Southside, Near East and Franklinton and will have additional houses available in March.

While pointing out that, “the city cannot solve our housing shortage alone,” Mayor Ginther said, “we need private support as well. And we have it with the $100 million Housing Action Fund — committed capital from businesses and non-profits to be used to develop affordable housing in Columbus”.

He commended ‘Steve Steinour and the team at Huntington Bank for leading the effort, and all of the businesses who have contributed.

“This revolving loan fund will offer below-market loans to for-profit and non-profit developers to build and preserve affordable and mixed-income rental housing.

“Three projects in neighborhoods on the north, east and south sides of our city are already in the works and will yield more than 300 new units of affordable housing for families earning between $25,000 and $40,000 a year.

“And for the first time, the Columbus Downtown Development Corporation has committed to building 100 affordable housing units downtown — this year – with more than half for families making under $46,000.

“The growth of our city and the gap in available housing is leading to another challenge – increased homelessness. There are many reasons for homelessness. But for the first time ever, it is market forces that are creating a lack of housing stock at all price points.

“Over the years, we have allocated millions of dollars from our general operating fund to the Community Shelter Board to help provide assistance. But increasing shelter space is not the answer.

“I am committing an additional $1 million to help prevent families from becoming homeless in the first place . . . but if they do, this investment will also help reduce their shelter stay by moving families back into stable housing more rapidly,” said Mayor Ginther.