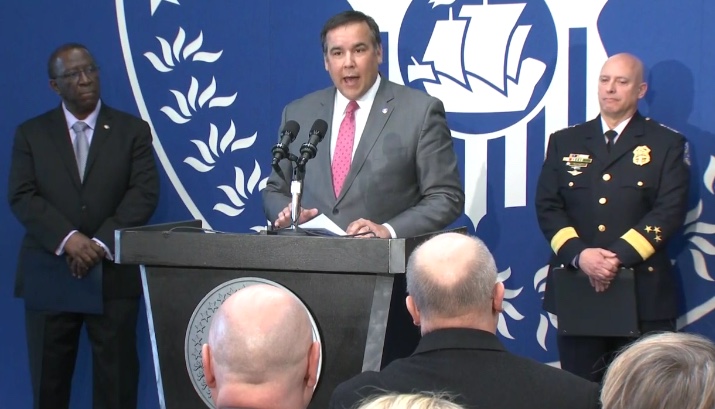 City of Columbus Mayor Andrew J. Ginther has announced that after a thorough and thoughtful process, he has selected Interim Chief Thomas Quinlan to be the next Police Chief for the City of Columbus. 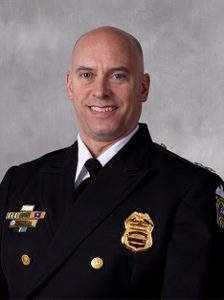 “When we embarked on this search nearly a year ago, I said I wanted a change agent who displayed honesty and integrity and could make policing more community minded meeting the needs of the residents,” said Mayor Ginther.

“Serving as interim chief, Tom has made solid strides in the right direction by reorganizing the Division, disbanding the Vice Unit and making strong connections between police and the community. I want to continue that momentum.”

For the first time in the City’s history, the City was able to look outside the Division for a new police chief. It began an exhaustive search when former Chief Kimberley Jacobs retired in February.

Under the direction of Deputy Chief of Staff Dawn Tyler Lee, the City formed a search advisory committee with a range of law enforcement and community leaders and engaged hundreds of residents and police officers for their views on the next Police Chief.

“I am grateful for the over 4,000 people who participated in this historic search process for our next police chief,” said Lee.

“Community feedback helped shape the job description and the types of candidates we recruited.  From taking the survey to attending a focus group or community forum, resident engagement was the cornerstone of the search. In January, we committed to shaping a transparent, comprehensive, well thought out process, and we have delivered on that commitment.”

Mayor Ginther pointed to the results of the Matrix Consulting firm and the Columbus Safety Advisory Commission expected next month as a roadmap for Chief Quinlan. Addressing racism, increasing diversity among the ranks, holding officers accountable and building community-police relations will be the markers for success for the Chief.

“We have come a long way during the past year.  We have enhanced policing in Columbus with innovative new strategies.  We are transforming the organization and redefining our mission and values.  We continue to be community-focused and service-driven,” said Quinlan.

“We’ve only just begun on a path of progress designed to make Columbus safer, to ensure members of the community feel they have a voice in the service we provide, and to know they can worry more about what good they can do for their neighbor, rather than what harm their neighbor might do to them.”

Chief Quinlan will officially be sworn in at a later date and serve a one-year probationary term. At that time, he can be reappointed for up to two five-year terms or a total of 10 years