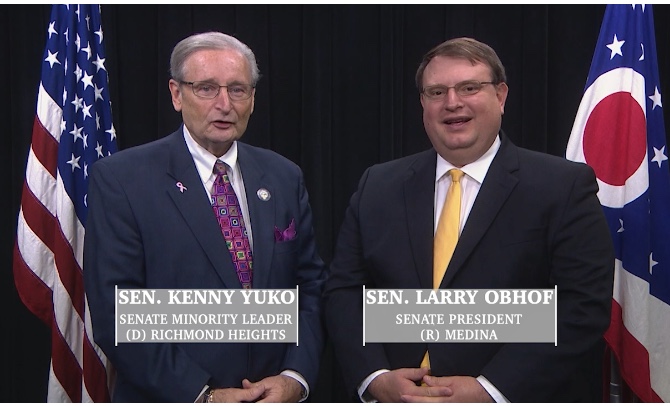 In a video announcement, the Senate leaders said, ” Beginning in January 2020, all Senate committee hearings will be broadcast live by the Ohio Channel on public access stations around the state and streamed live on OhioChannel.org, providing every Ohio citizen the opportunity to witness their state government in action.”

“A few years ago, the Senate led the way in expanding live coverage of legislative committees because we believe in providing access and transparency to state government,” said Obhof.

“Senator Yuko and I are proud to announce today that the proceedings of all Senate committee hearings will soon be available to Ohioans, no matter where they are.”

“Ensuring that Ohioans have access to their state government and the officials whom they elected is so important,” said Yuko.

“By broadening our committee coverage, we will connect Ohioans, in real time, to all of our official proceedings.”

Senators conduct much of their in-depth examination of legislation during these hearings. Following a bill’s introduction, it is assigned to one of the Senate’s standing committees, at which time members of the public can provide testimony in support of or in opposition to the bill.

In addition to the live coverage, Senate sessions and committee hearings are archived digitally on OhioChannel.org for members of the public to access.