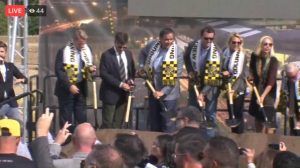 The groundbreaking ceremony which was also attended by Columbus Crew soccer fans and members of the public is expected to be ready for the Summer 2021 soccer season.

In a joint statement the Columbus Crew SC and Nationwide Realty Investors said they were “pleased to share that, as anticipated, all contract contingencies have been waived and the pending purchase of the land will close by the end of the month. Crew SC continues to have full access to the site, and remains on schedule for a summer 2021 opening in the new Arena District stadium.”

Audubon Great Lakes has announced two-thirds f America’s birds are threatened with extinction from climate change in a groundbreaking climate report, “Survival by Degrees: 389 Bird Species on the Brink”. 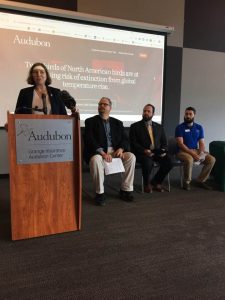 It said however that “keeping global temperatures down will help up to 76 percent of them”.

“There is hope in this report, but first, it will break your heart if you care about birds and what they tell us about the ecosystems we share with them. It is a bird emergency,” said David Yarnold, CEO/President of Audubon.

In Ohio, the species that re most threatened include Red-Headed Woodpecker, Wood Thrush and Scarlet Tanager which is a beautiful songbird that could lose 91 percent of its summer range in Ohio.

“Birds are important indicator species, because if an ecosystem is broken for birds, it is or soon will be for people too,” said Michael Goldman, Conservation Manager for GIAC

The Ethiopian Tewahedo Social Services, ETSS will hold its 2019 “Evening of Promise” on Saturday, October 12, 2019 at the Villa Milano, 1630 Schrock Rd, Columbus, Ohio beginning at 6:30pm. 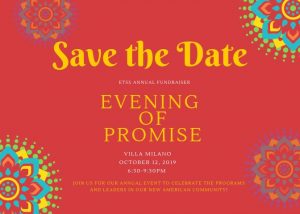 The annual fundraising event will have live and silent auction, food, and cultural performances.

“We will celebrate the achievements of key champions in our community. All net proceeds will support ETSS programs and services that positively impact the lives of immigrants and refugees in Central Ohio,” said Executive Director Dr Seleshi Asfaw. 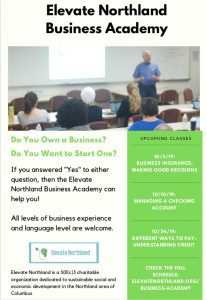