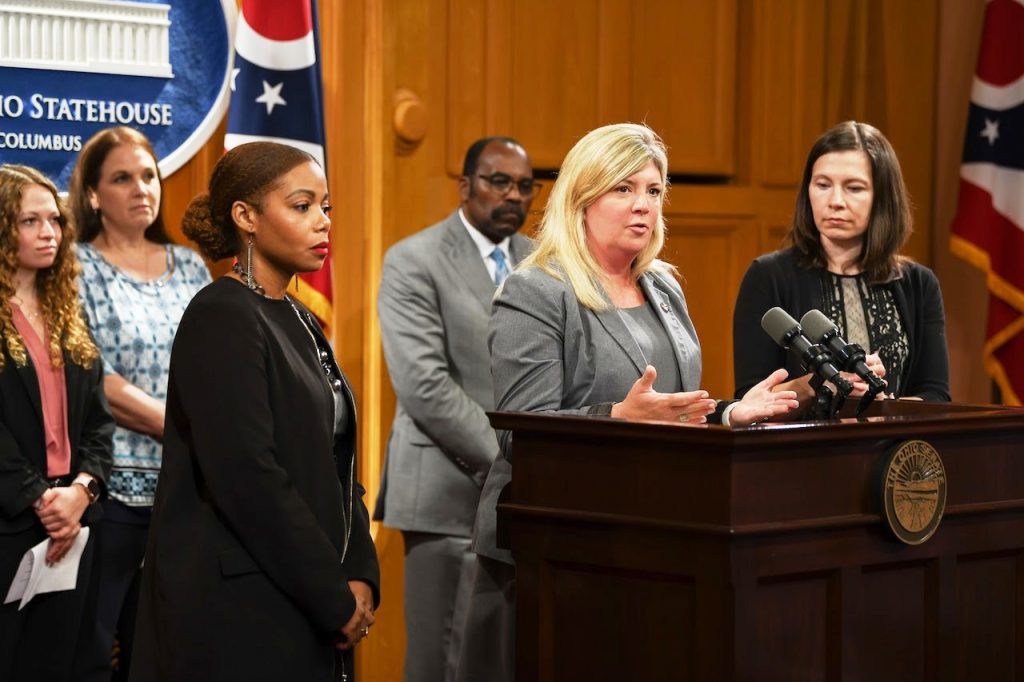 Earlier this year, a chiropractor was convicted of sexually assaulting 22 patients, ranging in age from 14 to 74. This was the finding of a Franklin County judge after the chiropractor pleaded “no contest” to 66 counts of sexual imposition. Prosecutors say 43 patients came forward to accuse him of sexually assaulting them at his Clintonville office, however many of the accusations fell outside of the statute of limitations.

Since these charges are misdemeanors under current Ohio law, the maximum possible sentence was 18 months in prison, the judge at the trial gave the offending chiropractor 180 days in jail, to be served over 60 consecutive weekends.

“The courage it has taken for these victims to come forward, to speak out, to help ensure this kind of abuse does not happen again is brave and commendable,” said Senator Kunze.

“By providing the means to adequately penalize offenders, these increased penalties are necessary changes the justice system needs to counter this cruel kind of abuse.”

Under the newly proposed legislation, perpetrators such as the doctor at the center of this case are handed a longer sentence—especially when these victims go to healthcare professionals in positions of trust for medical care or the victims are under the age of 18.

The bill adds the following licensed healthcare professionals to Ohio’s Gross Sexual Imposition statute: a dentist or dental hygienist; a registered nurse or licensed practical nurse; an optometrist; a pharmacist; a physician assistant; a physician; a psychologist; a chiropractor; a speech-language pathologist or audiologist and an occupational therapist, physical therapist, social worker or athletic trainer.

As soon as there is a guilty plea, conviction, or judicial finding, whether the proceedings are brought in this state or another jurisdiction, the offender will be automatically suspended from practice.

Continued practice by an individual after the suspension of the individual’s license under this division will be considered practicing without a license.

“Trust is a vital part of the heath care provider-patient relations and when a healthcare professional violates our trust, patients need a clear and fair path to justice,” said Senator Craig.