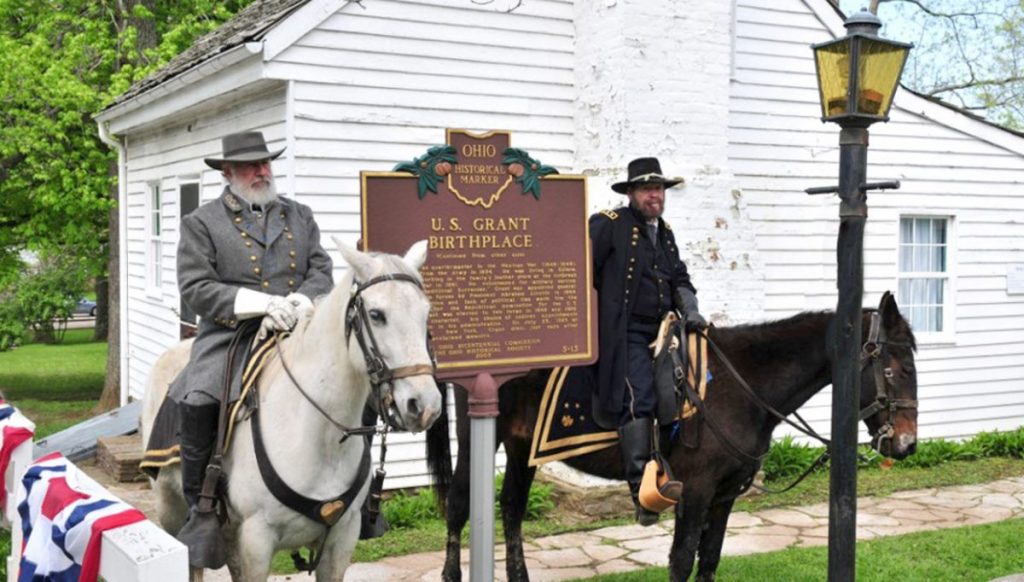 “When was Ohio State created?” “March 1st, 1803.” “Correct!” Not only sessions and meetings that take place at the Ohio Statehouse, there are other very interesting activities including tourism. Thursday, April 18 at about 1pm, some middle school students were visiting and the tour guide was about explaining the map of the state with the counties edged on the floor when she asked “When was Ohio State created?” Many of the students numbering about 20 raised their hands and one of them gladly answered the question.

The Ohio Statehouse operates a Parking Garage where visitors to the complex or downtown can use; there is a Statehouse Museum Shop and space for weddings, seminars and workshops. Also there are events scheduled all year round and for the month of April 2019 are the Lincoln Funeral Train in Pictures and Photos on April 26 to April 30; Fossil Tour of the Ohio Statehouse on April 26; Dedication Ceremony observing the return of the 36-Star flag on April 29; and Repose of President Lincoln and Civil War Encampment on April 29.

The 36-Star flag flew over Capitol Square during the repose of President Lincoln, on April 29, 1865. The flag had originally been given to David Nevin Murray of Portsmouth, Ohio, for his contributions to the war effort on behalf of the Union Army during the American Civil War.

Legislative activities at the Chambers were on the low as virtually all the sessions were conducted as non-voting sessions.  The leadership of both Chambers must have deliberately kept activities low-keyed based on the volatile nature of the major session of the immediate past week – “Human Rights and Heartbeat Protection Act”.