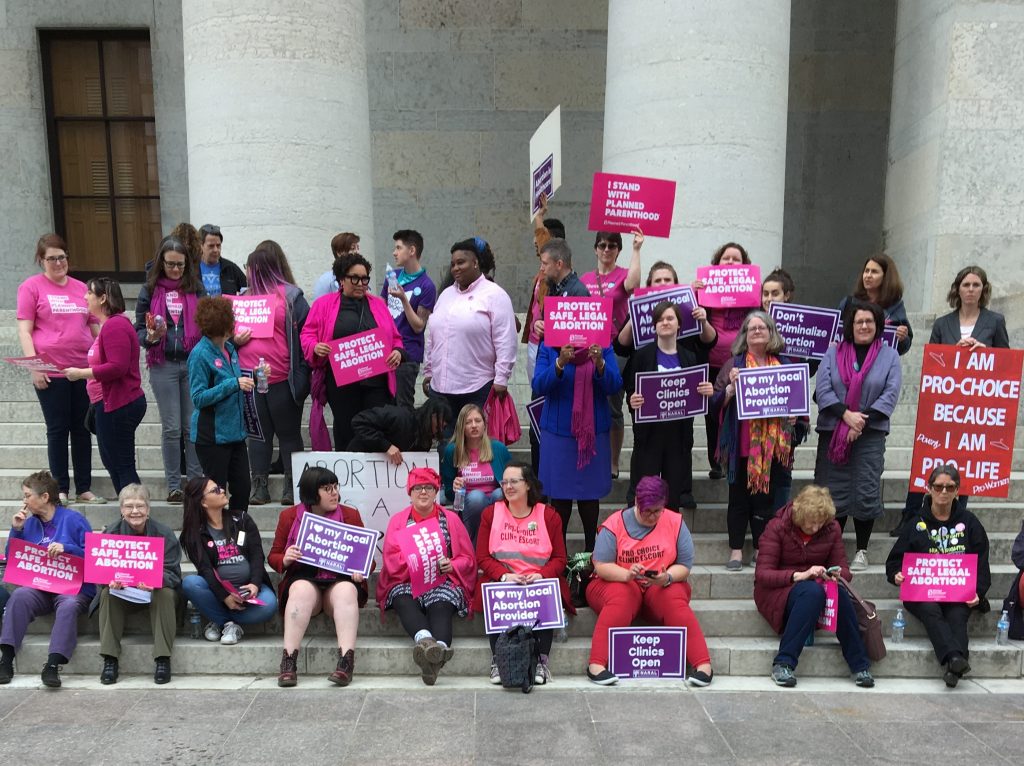 Wednesday, April 10, 2019 as I approached the Statehouse Atrium for the rotunda the hum in the building was like sound of some maintenance workers drilling into somewhere  at the top of the roof. It became louder and rhythmical getting to the rotunda. It was the melodious chant of tens of demonstrators outside the chambers of the Ohio House of Representatives. 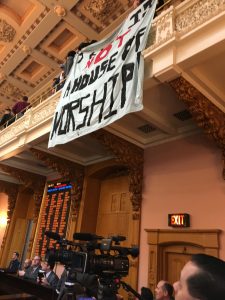 Though a mixed lot, many in the group were there to protest the about-to-be passed bill titled “Human Rights and Heartbeat Protection Act”.

The bill bans abortions after a fetal heartbeat is detected.

The chamber’s gallery was filled as well with those for and against the passing of the bill. The debates and motions for amendment took extraordinary hours based on the number of sittings I had attended covering the sessions. The longest session I had covered had been for one hour but this session went two hours 20minutes.

After every vote for and against an amendment, the Speaker of the House, Larry Householder will ask “Can we pass or not pass this bill now?” When every card seemed to have been played and that the bill was going to be passed based on the potential votes in favor, the “witnesses” at the gallery started chanting. Just as the gallery was being cleared by security officials the vote was held and the bill passed.

The Speaker, Larry Householder said he was “not surprised by the protest. This is a very volatile issue. 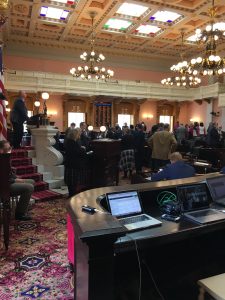 The various speakers were passionate about this issue and their passions showed.”

Less than an hour later, the Senate was ready to pass the bill as well. It passed!

In his chat with the legislative correspondents, the Senate President Larry Obhof said that, “I believe that this was a reasoned measured approach that has been thoroughly debated in the legislature perhaps more so than any bill ever that has been pending in one form or the other in the last seven to eight years.”

The demonstrators outside the chambers remained defiant in their protest at the end of the sessions. Some took time to enjoy the beauty of the Statehouse and had picture sessions as well.