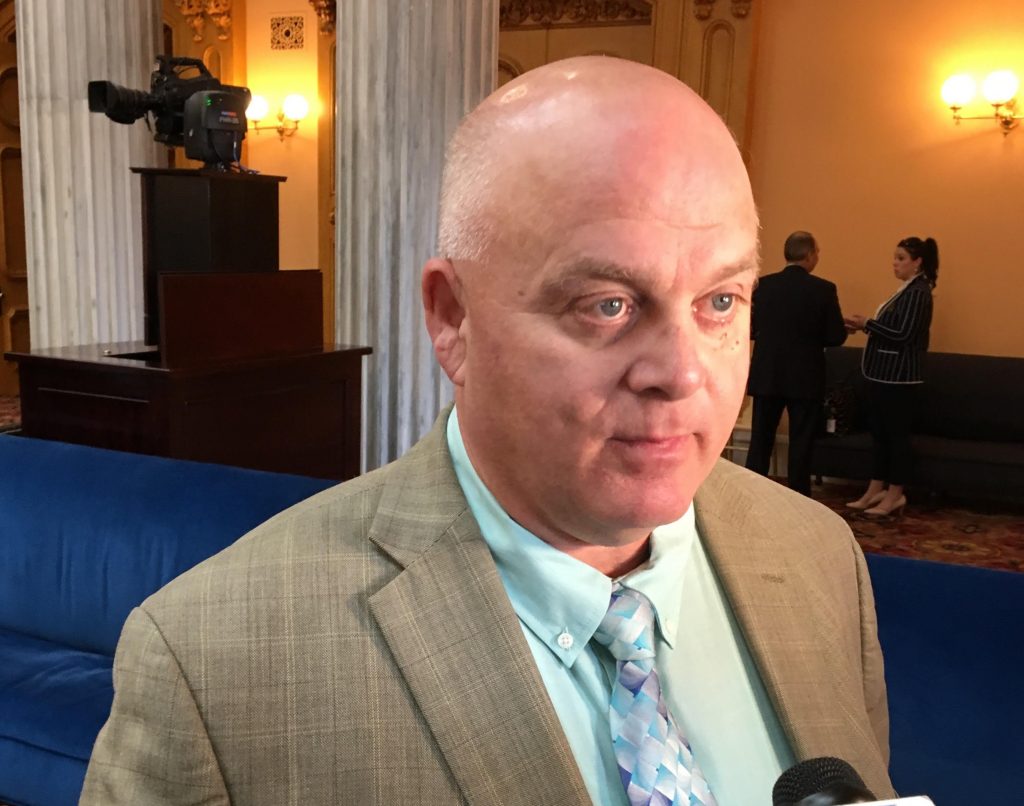 With the budget as the main concern of the Ohio Statehouse last week, and especially the Transportation issue which, probably, will increase gas tax by 11 cents a gallon to pay for the repair and maintenance of roads and bridges, a bill that caught my attention was the consideration by the Senate on Thursday, March 28, 2019 of the Senate Bill 57 titled Decriminalizing Industrial Hemp.

Sponsored by Senators Brian Hill (R-Zanesville) and Senator Steve Huffman (R-Tipp City), the bill in accordance with federal law wants hemp to be excluded from “the definition of marijuana to clarify that hemp and hemp-derived products may be legally grown, processed and sold in Ohio. The bill also creates a program to license, monitor and regulate cultivation and processing.”  The Bill got a 30-0 votes.

In my ignorance before now, I had thought hemp and marijuana meant the same and just mere semantics. I had never bothered to look it up. Therefore, in my interview with Senator Brian Hill I asked if there was a difference between hemp and marijuana.” His immediate response was “Yes!” According to him, “They are two different products. As a matter of fact, you can’t grow hemp around marijuana because one will be toxic to the other; though the two products are kind of cousins. “

“The THC (tetrahydrocannabinol) content in hemp is .3percent and is between 25 to 30percent in marijuana,” Senator Hill explained.

Tetrahydrocannabinol (THC), is the main psychoactive part of cannabis and one of 483 known compounds in the plant, including at least 65 other cannabinoids.

According to the National Institute on Drug Abuse (NIDA), “THC, or tetrahydrocannabinol, is the chemical responsible for most of marijuana’s psychological effects. It acts much like the cannabinoid chemicals made naturally by the body. Cannabinoid receptors are concentrated in certain areas of the brain associated with thinking, memory, pleasure, coordination and time perception. THC attaches to these receptors and activates them and affects a person’s memory, pleasure, movements, thinking, concentration, coordination, and sensory and time perception.”

At the House of Representatives, Speaker Larry Householder said the house was working hard to get the budget approved. He promised to work with other members till late on Thursday night  to get the Transportation budget approved. On the “Decriminalizing Industrial Hemp Bill 57” that was passed at the Senate, Speaker Householder said, “I have not been informed. We will treat it when it gets to the house.”