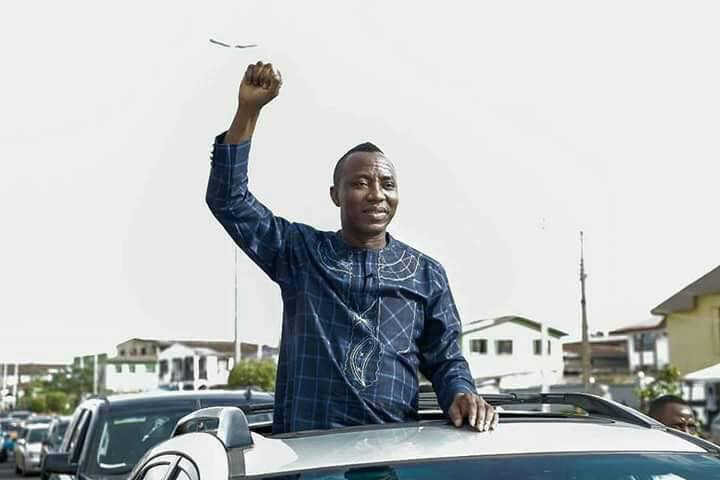 In Nigeria, Omoyele Sowore , who has lived in the United States for 19 years, is synonymous with Sahara Reporters, an online publication that he described as “hitting hard on corrupt politicians in Nigeria and exposing their corrupt shenanigans”. The Presidential candidate for the African Action Congress in Nigeria’s 2019 general elections visited Columbus, Ohio as part of his efforts to sensitize and mobilize support among the Nigerians in the Diaspora. He spoke with Deba Uwadiae of the New Americans magazine after a Town hall meeting and fund raiser in Columbus. 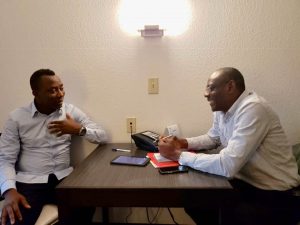 There comes a time in the history of every nation where a new generation of leaders must emerge, especially when the old generations of leaders have misled the country. Nigerians are calling for leaders with strong integrity, dignity, capacity, capability and exposure.  They are also looking for leaders with stamina. It is a country of almost 200 million people and the country has become stagnated and in most cases it is described as a failed state.

It therefore behooves on people like us to fit into these requirements of a generation of Nigerians to step up. I have 30 years of experience fighting for what is just and right, inventing and creating things, and condemning bad leadership both in Nigeria and continent of Africa and beyond.

I decided that I am way more qualified than the people that have been managing Nigeria over the last 58 years of which I have been a major participant on a different level for 30 years.

Since I put myself out there the reception has been amazing and great. We have been to virtually four continents where we have a lot of concentration of Nigerians in the Diaspora. We have been to Australia, done a lot of campaigning within the continent of Africa, the United States and in Europe. Very soon we will go to Asia or the Middle East to campaign as well. Nigerians in all these continents have invited me over. I have done about 30 cities all over the world at this time. I have been to 30 states out of 36 states in Nigeria.

Interestingly, we have been able to drag people out to the point that idea is becoming the new currency of politicking in Nigeria as opposed to cash. That has made it very easy for us to compete favorably, in eight months, with our competitions in which people with billions of dollars in cash stashed in different places are now gasping for breath. We haven’t even raised $100,000 yet on from GoFundMe. That tells something. Our rallies and engagements are open for people to see and they are filled with crowds. When we go out to the market people are embracing us, when we go out to different parts of the country young people, old people, strong, weak, women, men and kids are coming to support the ideas that we have brought. On social media where a lot of Nigerians are engaging on political matters, we have very strong showing and support. Everywhere looks very good and promising.

It costs money to do politics of any kind. We need a lot of things out there like posters, t-shirts and hats, mobilization, and sensitization of the public about our ideas. That is why we are doing the rounds in the Diaspora to raise funds transparently for our aspiration to take Nigeria back.

Nigeria has huge arable land space but nobody is growing as much as we need. Our country economy has been destroyed by dependence on oil revenue. Everybody is waiting at the end of the month to collect from oil sales largely from Niger Delta.

We have ignored our ability to grow crops; we have ignored the technology that comes from agriculture. Other countries that came to borrow seeds from Nigeria are now selling to the products of the seeds to Nigeria, especially a country like Malaysia.

We have to bring in technology and the best practices. The opportunities are there. Everybody is going around looking for how to collect oil money and become billionaire overnight. This instant gratification culture is killing us.

Instead of buying SUVs we will buy tractors and assist farmers;   provide them with loans and grants where they need it and subsidize agriculture instead of subsidizing corruption in the country. We will start to see the fruit of our labor instantly. We can irrigate the entire land through the body of waters that abound all over the place. We need to put infrastructures in place.

We are looking at 13 million kids out of school. We have to break it down to allocating money to each child. What is it that we will need to educate a child every year? A hundred thousand is even too much. We will pay teachers from it, build a classroom, buy a desk, pencil, books and feed the child twice a day. In a year there will still be surplus. It is cheaper to send children to school with N100, 000 for every primary school kid per year than to send people to prison. We spend N14, 000 to feed an average prisoner in Nigeria every day.  If we spend N100, 000 on a child, in 10 years we will have a different country of well educated and upwardly mobile young people who are willing and ready to compete anywhere.

Corruption is festering in Nigeria because Nigeria is geared towards funding the greedy. We have not done anything to stop corruption because everybody is looking forward to getting their own proceeds from corruption; even those who are claiming to fight corruption. They don’t want to fight corruption. They are looking for the day it will be their turn. The day they will have 50 cars and private jets and all of those things that come with a corrupt society.

What we plan to do is to stop the bleeding of Nigeria. The moment people steal it is difficult to collect it back from them. The legal processes that it involved cost a lot than the outcome of prosecution and sentencing.

We will put in place a procurement system that is internet based and transparent.

There is no system in place to even stop corruption before it happens. The banks are supposed to report any transaction that is more than N100, 000 under Suspicious Transaction Report. They don’t hand them over to EFCC because EFCC has been taken over by the corrupt people. Everyday there is a STR that is supposed to get to the highest level of the anti-corruption unit of the country. If there is any suspicious transaction you can trace the money right there.

Corruption can be reduced to the barest minimum by using technology and prosecuting. People must see rich and big men in handcuffs every time.